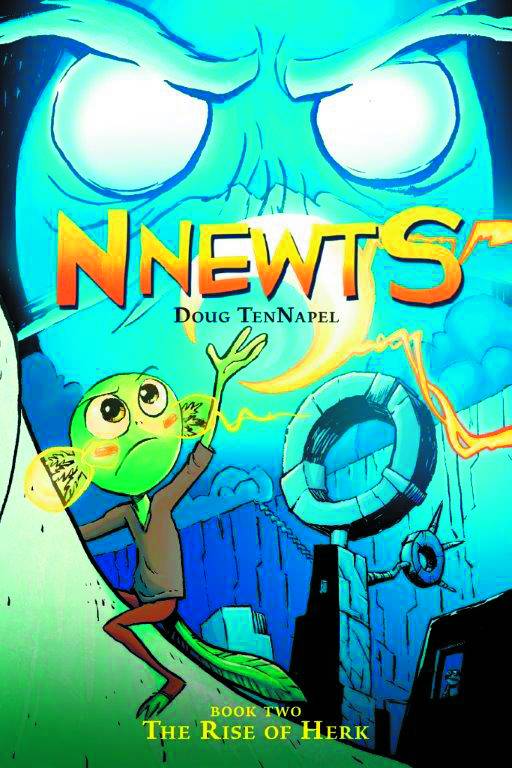 #
NOV151447
(W) Doug TenNapel (A/CA) Doug TenNapel
Herk, the lovable Nnewt, is back, and his adventure is just beginning! In this exciting sequel to Escape from the Lizzarks, Herk is happy to have a new family and a new place to call home. But when the Lizzarks make an all-out assault on Amphibopolis using a giant monster, Herk must seek the help of the megasloth to save the city and his adopted family. Meanwhile, Sissy, Herk's sister, discovers the dark truth about their long-lost brother, Zerk. Available in softcover and hardcover editions.
In Shops: Jan 20, 2016
SRP: $10.99
View All Items In This Series
ORDER SUBSCRIBE WISH LIST