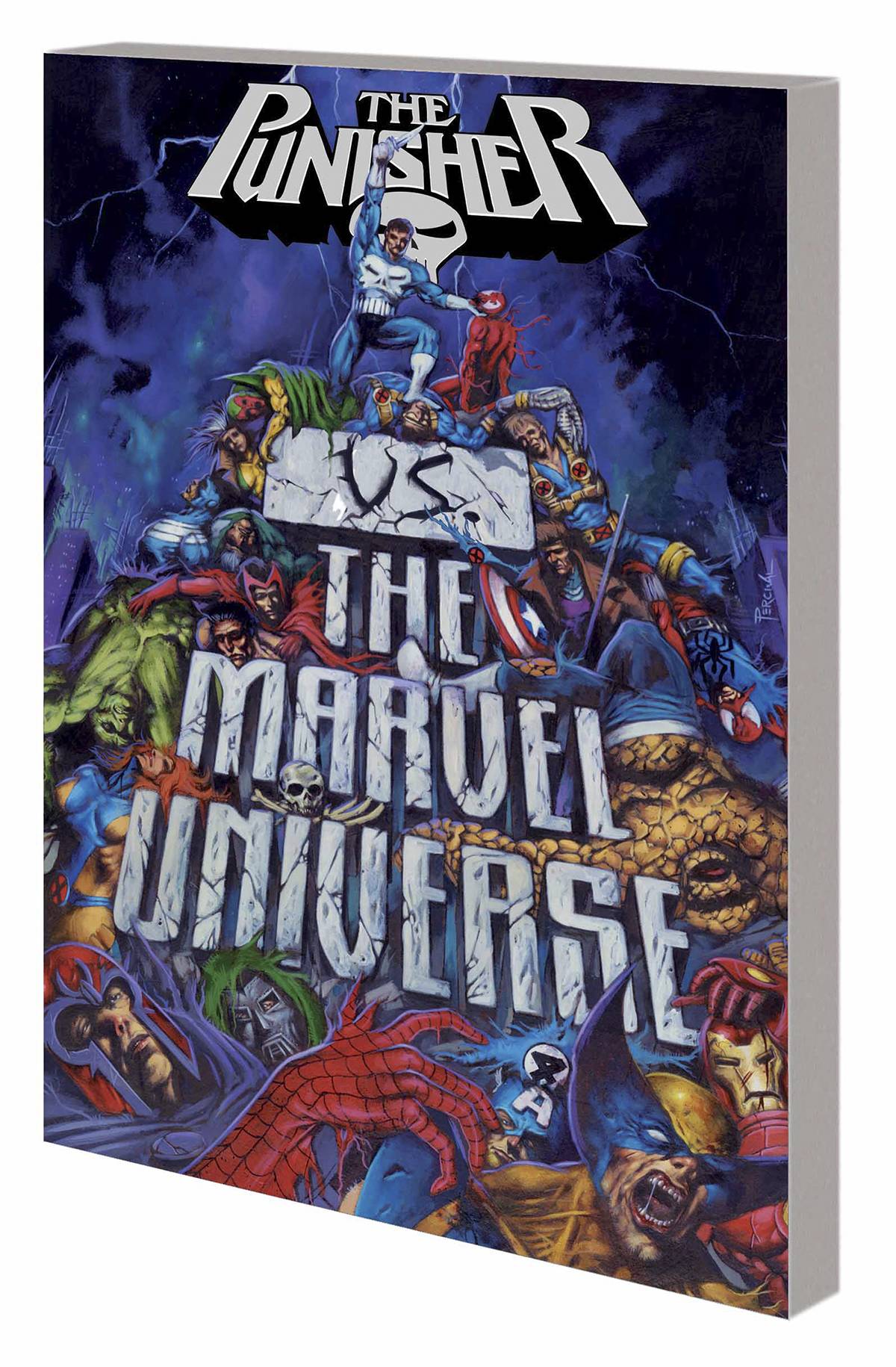 #
NOV150952
(W) Various (A) Various (CA) Nick Percival
The Punisher literally kills the Marvel Universe in a classic tale by one of Frank Castle's signature writers, Garth Ennis! But don't worry, the MU is back for round two -- kind of -- in a post-apocalyptic war zone filled with cannibalistic super types. Plus: Bullets fly in some of Frank's best clashes with the costumes and capes! He'll come between old pals Luke Cage and Iron Fist, and gatecrash Spider-Man's volatile first meeting with Nightcrawler -- this ain't no team-up! Watch him make Spidey, Daredevil and Wolverine look like a Confederacy of Dunces, and prepare to be amazed when the Punisher takes on the Avengers! Yes, even Thor! Collecting PUNISHER KILLS THE MARVEL UNIVERSE, AMAZING SPIDER-MAN (1963) #161-162, HEROES FOR HIRE (1997) #9, PUNISHER (2001) #33-37, PUNISHER WAR ZONE (2012) #1-5 and MARVEL UNIVERSE VS. PUNISHER #1-4.
Parental Advisory
In Shops: Feb 17, 2016
SRP: $34.99
ORDER WISH LIST