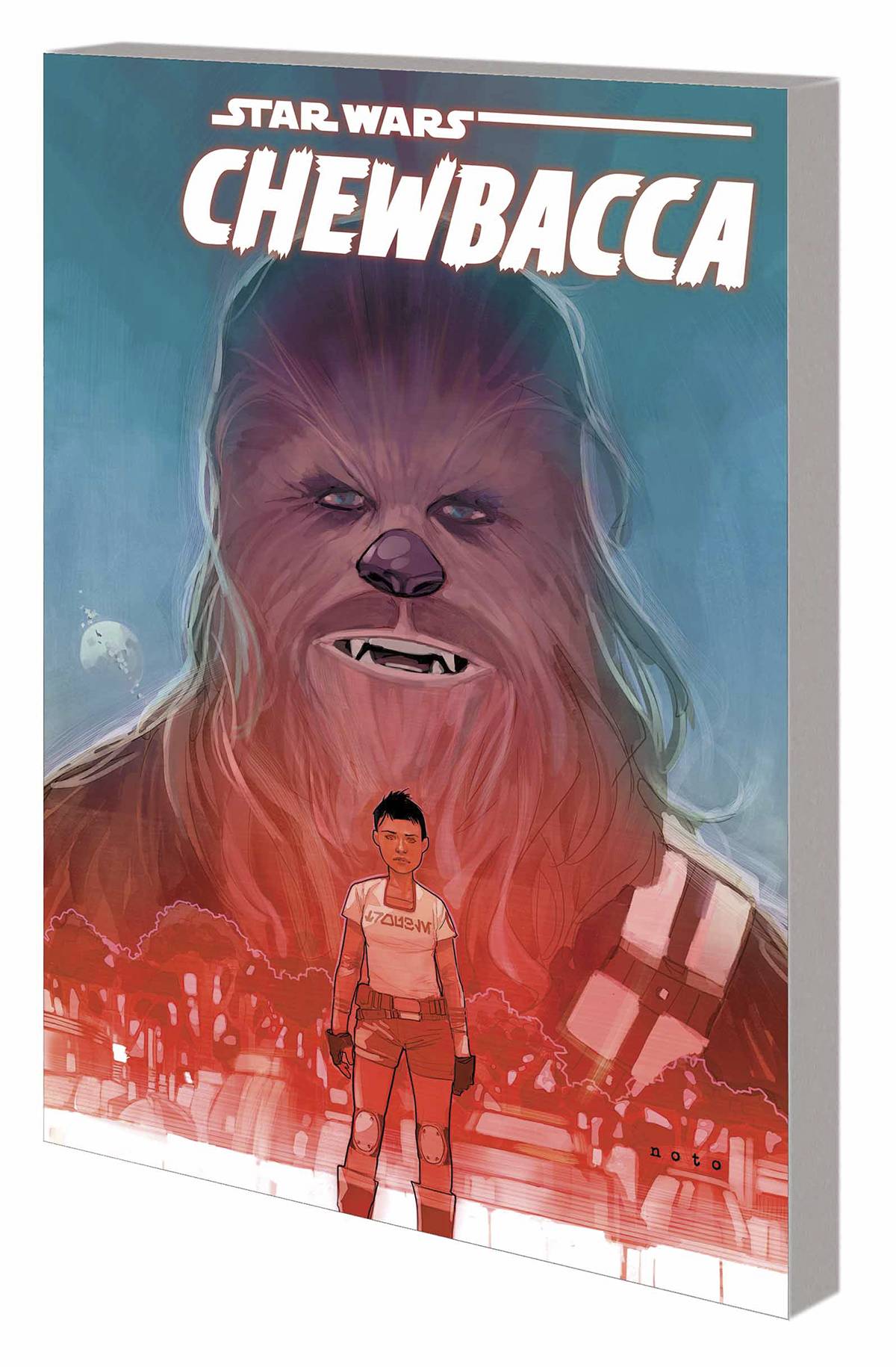 #
NOV150951
(W) Gerry Duggan (A/CA) Phil Noto
Known as the skilled co-pilot of the infamous Millennium Falcon, the legendary Wookiee warrior CHEWBACCA will star in his very own adventure! After the battle of Yavin, Chewbacca is on his own when he crash lands his ship on an Imperial occupied planet. Now stranded, Chewie finds himself caught in the middle of trying to return to the rebellion and helping a young and feisty girl in need. Writer Gerry Duggan (DEADPOOL, 1872, HULK) and artist Phil Noto (BLACK WIDOW, X-23, UNCANNY X-FORCE) bring us a never-before-seen tale of the heroic Wookiee we all know and love.
Rated T
In Shops: Feb 24, 2016
SRP: $16.99
ORDER WISH LIST