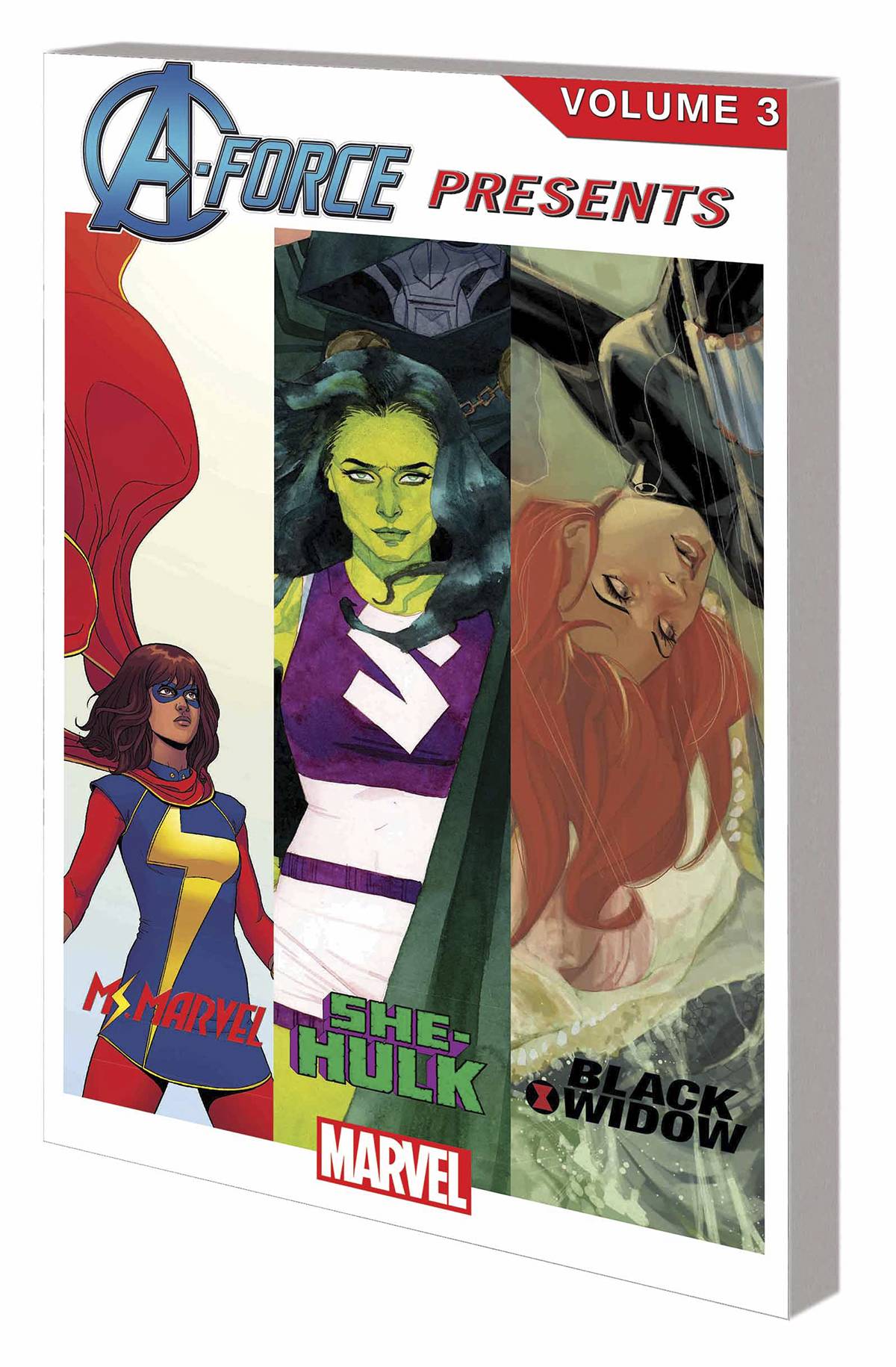 #
NOV150948
(W) Nathan Edmondson (A) Various (CA) Jamie McKelvie, Kevin Wada, Phil Noto
The Marvel heroes everyone is talking about continue their epic adventures! Black Widow stages a daring jailbreak from a South American prison! In the midst of an alien uprising, will Captain Marvel defy the Avengers and side with the underdogs? Find out why Kamala Khan, the new Ms. Marvel, is the most lovable (but awkward) new hero around! When her client, the son of Doctor Doom, seeks asylum, She-Hulk will go to the ends of the earth for justice! What happens when the all-new Thor is separated from her hammer? And Squirrel Girl battles Galactus on the moon! (Yup, you read that right!) It's cover-to-cover suspense, heroics and fun! Collecting BLACK WIDOW (2014) #3, CAPTAIN MARVEL (2014) #3, MS. MARVEL (2014) #3, SHE-HULK (2014) #3, THOR (2014) #3 and THE UNBEATABLE SQUIRREL GIRL (2015) #3.
Rated T+
In Shops: Jan 27, 2016
SRP: $14.99
View All Items In This Series
ORDER WISH LIST