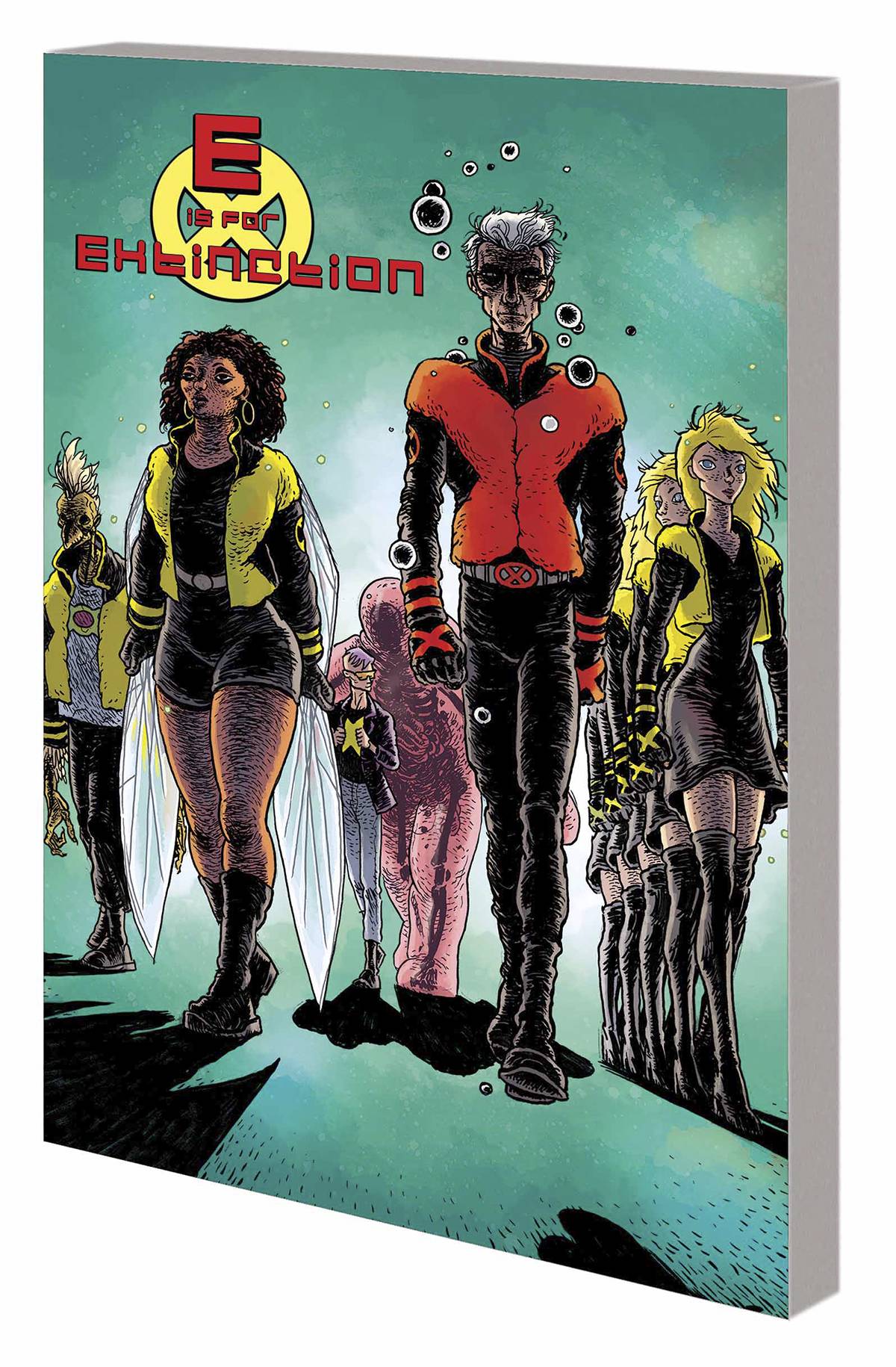 #
NOV150943
(W) Chris Burnham, Dennis Culver, Grant Morrision (A) Ramon Villalobos, Frank Quitely (CA) Ian Bertram
Journey to a Battleworld realm inspired by one of the most celebrated X-Men eras of all! In Mutopia, mutants have shown themselves to truly be superior. But what role do the X-Men play when the world no longer hates and fears them? Ask Magneto -- after all, he's the one in charge of the Xavier Institute; his team includes Quentin Quire, Beak and the Stepford Cuckoos. But not everyone is a fan of these New X-Men. Take Cyclops and his classic X-Men -- Wolverine, Emma Frost and Beast. To save the life of one of their own, old will battle new! Plus: Look back at the kickoff of Grant Morrison and Frank Quitely's revolutionary NEW X-MEN revamp! Collecting E IS FOR EXTINCTION #1-4 and NEW X-MEN (2001) #114.
Rated T+
In Shops: Feb 17, 2016
SRP: $15.99
ORDER WISH LIST