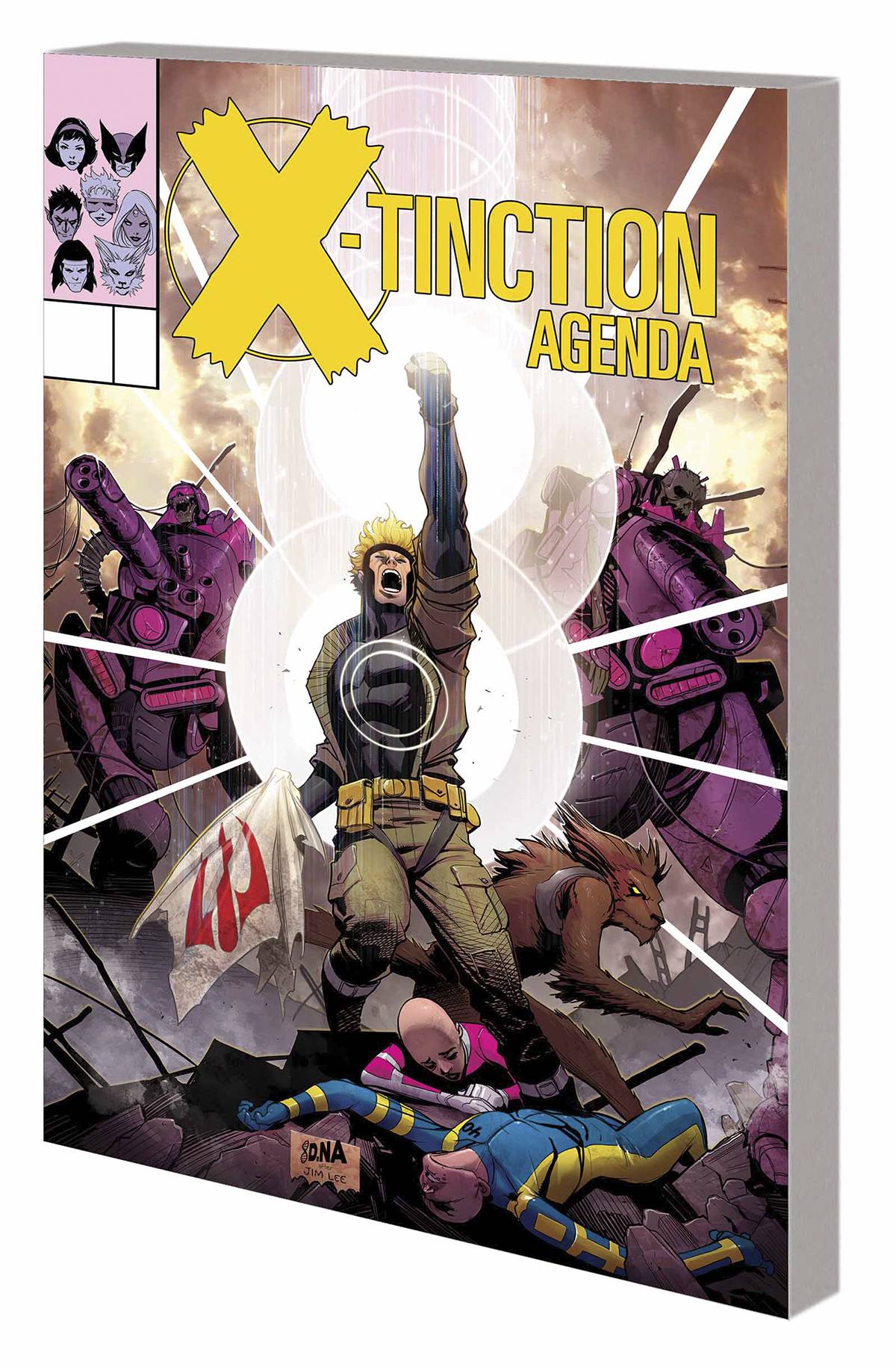 #
NOV150942
(W) Charles Soule (A) John Timms (CA) Dave Johnson
Mutantkind teeters on the brink of oblivion in a Battleworld realm shaped by the events of the landmark first X-crossover of the 1990s! Now, ten years after the fall of Cameron Hodge and his fascist regime, Havok and Wolfsbane have labored hard to rebuild Genosha. But their work may be for naught as a mutant-killing plague begins spreading across their nation. The island is quarantined and abandoned by the rest of the world -- including the X-Men! And when Havok and Wolfsbane reach out to their old friends, they risk all-out war! Even if their species can survive the conflict, a shadow from their past may return to usher Homo superior into extinction. Plus: Relive the incendiary opening salvo of the original epic! Collecting X-TINCTION AGENDA #1-4 and UNCANNY X-MEN (1981) #270.
Rated T+
In Shops: Feb 17, 2016
SRP: $15.99
ORDER WISH LIST