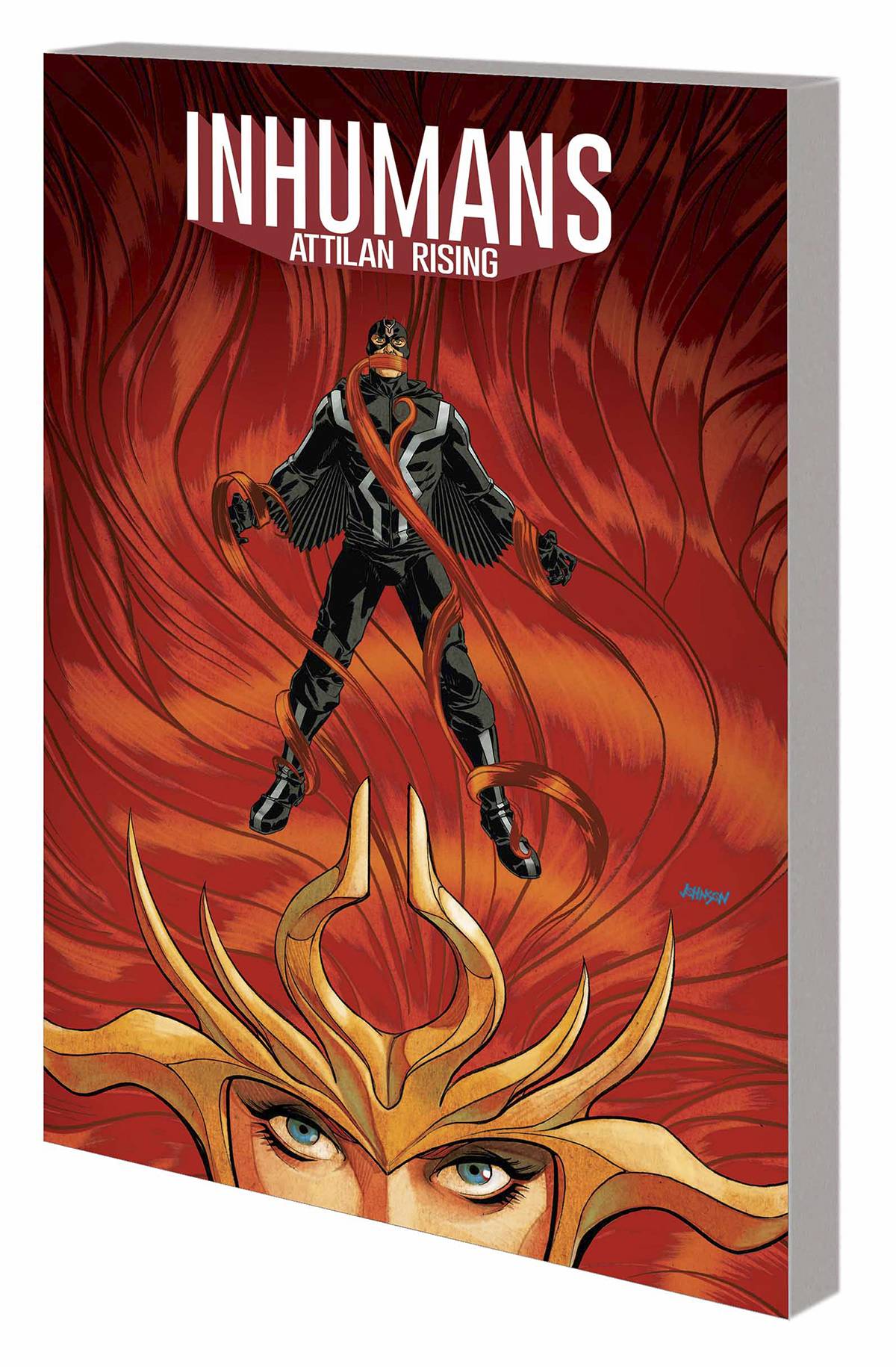 #
NOV150941
(W) Charles Soule (A) John Timms (CA) Dave Johnson
There is a rebellion brewing on Battleworld, and it stretches far and wide into every domain. Medusa, ruler of Attilan, is tasked with scuttling this uprising with extreme prejudice. When she discovers that its leader is Black Bolt, things get complicated -- but Medusa still has a job to do! She has uncovered and captured the leader of the Battleworld Resistance, and all she needs to do is interrogate him and give the information to her master, Doctor Doom. So what's stopping her from doing so? As the Resistance makes its big push against Medusa's royal rule, she finds more than she bargained for with Black Bolt: a new understanding. Will Medusa switch sides? If Black Bolt can convince her, the Resistance has its best shot to bring change to Battleworld! But will it come too late? Collecting INHUMANS: ATTILAN RISING #1-5.
Rated T+
In Shops: Jan 27, 2016
SRP: $16.99
ORDER WISH LIST