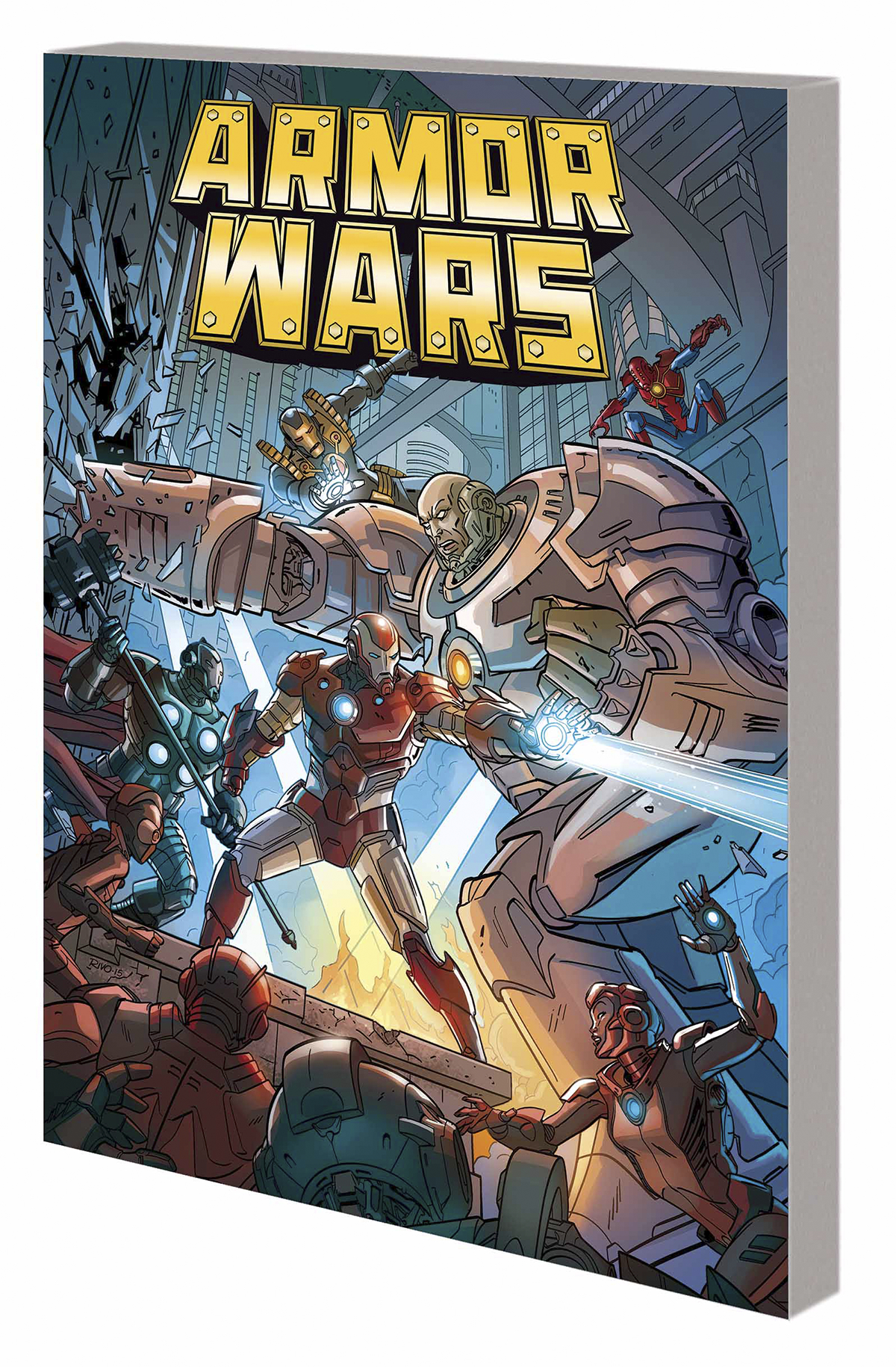 NOV150937
(W) James Robinson (A) Marcio Takara, Mark Bagley (CA) Paul Rivoche
Technopolis: an amazing domain of science and wonder created by the visionary genius of brothers Tony and Arno Stark. It's a real-life utopia, save for one fact: Every resident must wear armor to protect them from a deadly disease. But this near-paradise may be shattered forever when one of its few super heroes is murdered! Can Baron Tony and this domain's Thor -- a hammer-wielding Jim Rhodes -- find out who killed Spyder-Man before Technopolis is plunged into civil war? Wilson Fisk is tightening his iron grip on the city's underbelly -- will the Kingpin dethrone a certain genius philanthropist playboy? As the mystery behind the plight of Technopolis unfolds, cracks in Tony's invincible armor are exposed -- and the looming crisis could pit brother against brother. Collecting ARMOR WARS #1-5 and #1/2.
Rated T+
In Shops: Jan 27, 2016
SRP: $16.99
ORDER WISH LIST