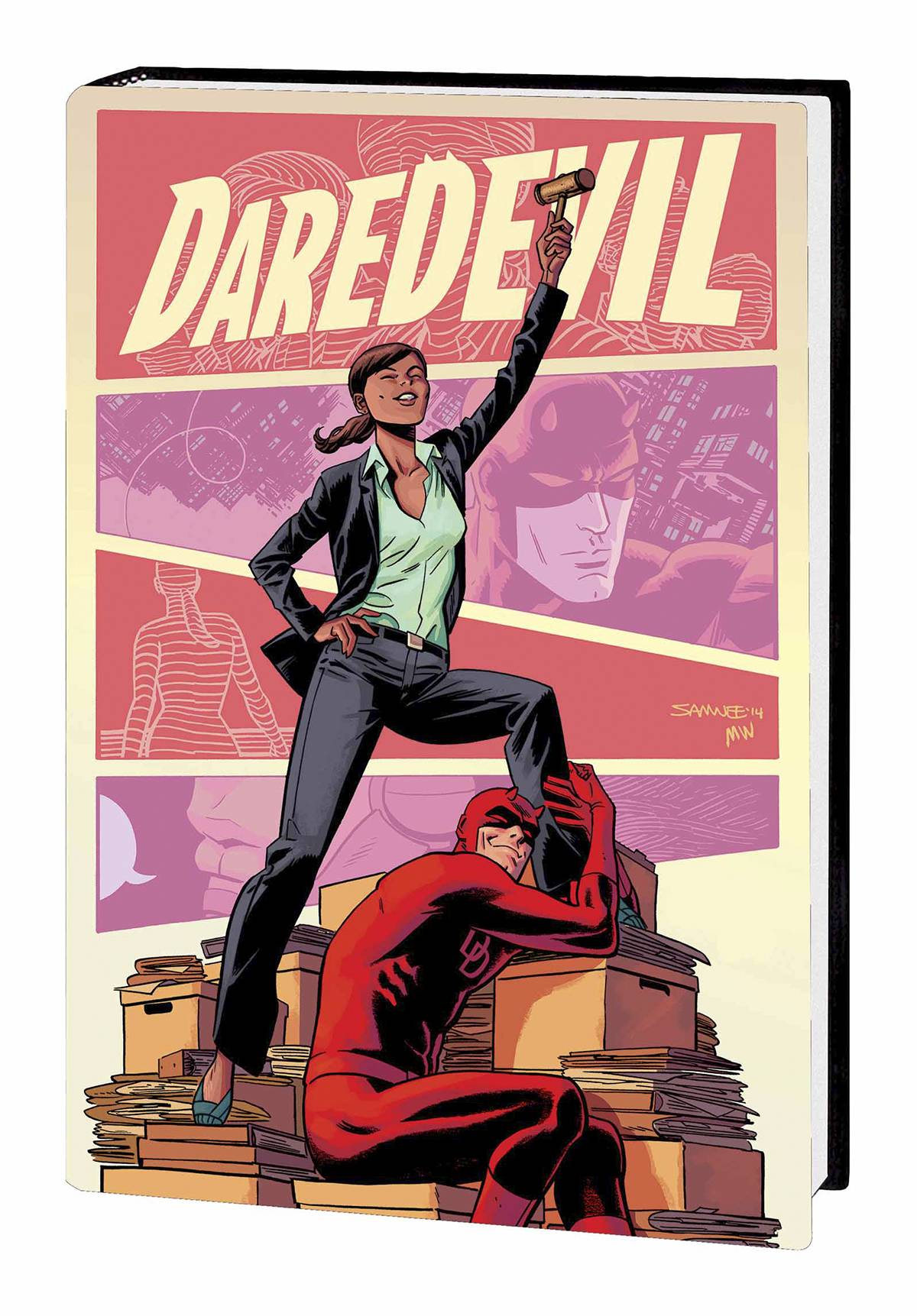 #
NOV150927
(W) Mark Waid, Chris Samnee, Marc Guggenheim (A) Peter Krause (A/CA) Chris Samnee
The shocking climax of Mark Waid and Chris Samnee's beloved, Eisner Award-winning run! One of Daredevil's oldest enemies makes his return -- but which one? A mystery that's been building since the very beginning is about to pay off big. Meanwhile, writing his own life story has forced DD to face his darkest demons -- what will his closest friends think of the man he's becoming? He's fought hard to build a new life, now he must prove he has what it takes to keep it. Facing the strongest, toughest adversary he's ever known, the Man Without Fear is forced to make a deal with his own personal devil -- but will it be the final chapter in the Autobiography of Matt Murdock? Not everyone will make it out of San Francisco alive. Collecting DAREDEVIL (2014) #11-15, #15.1 and #16-18.
Rated T+
In Shops: May 04, 2016
SRP: $34.99
View All Items In This Series