INJUSTICE GODS AMONG US YEAR FIVE #1 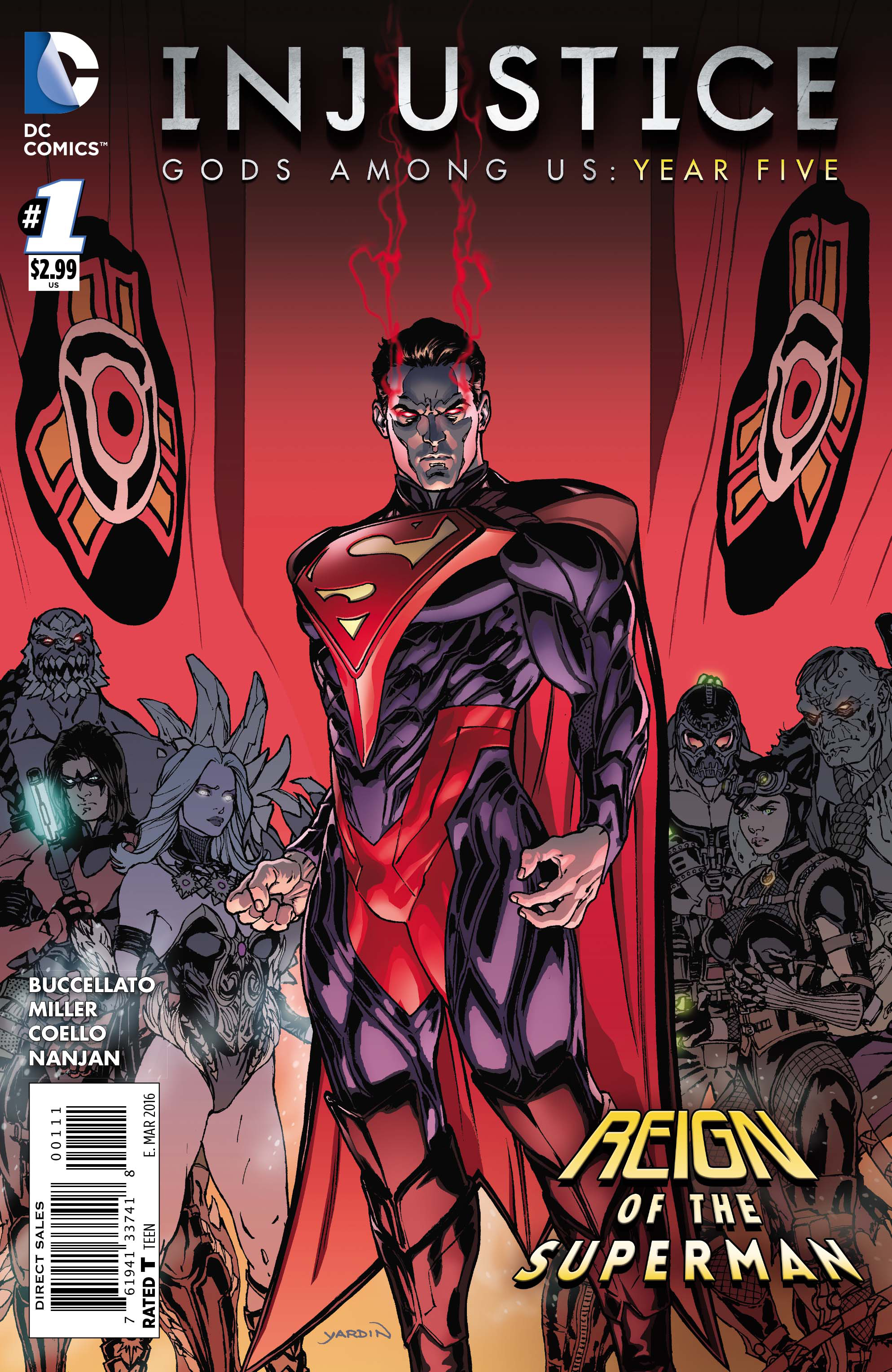 NOV150254
(W) Brian Buccellato (A) Iban Coello, Mike S. Miller (CA) David Yardin
This is it: the final year of INJUSTICE: GODS AMONG US, leading into the storyline of the hit videogame! Having defeated the Green Lantern Corps, the forces of magic, and now the gods themselves, the Regime seems to have eliminated all threats. Yet uneasy lies the crown on the head of Emperor Superman. Still obsessed with the outlaw Batman and worried about having enough troops to police his world, The Man of Steel begins to recruit some of Earth's deadliest villains to his side. Does the Dark Knight have any chance of ending the Man of Steel's rule?
In Shops: Jan 06, 2016
SRP: $2.99
View All Items In This Series