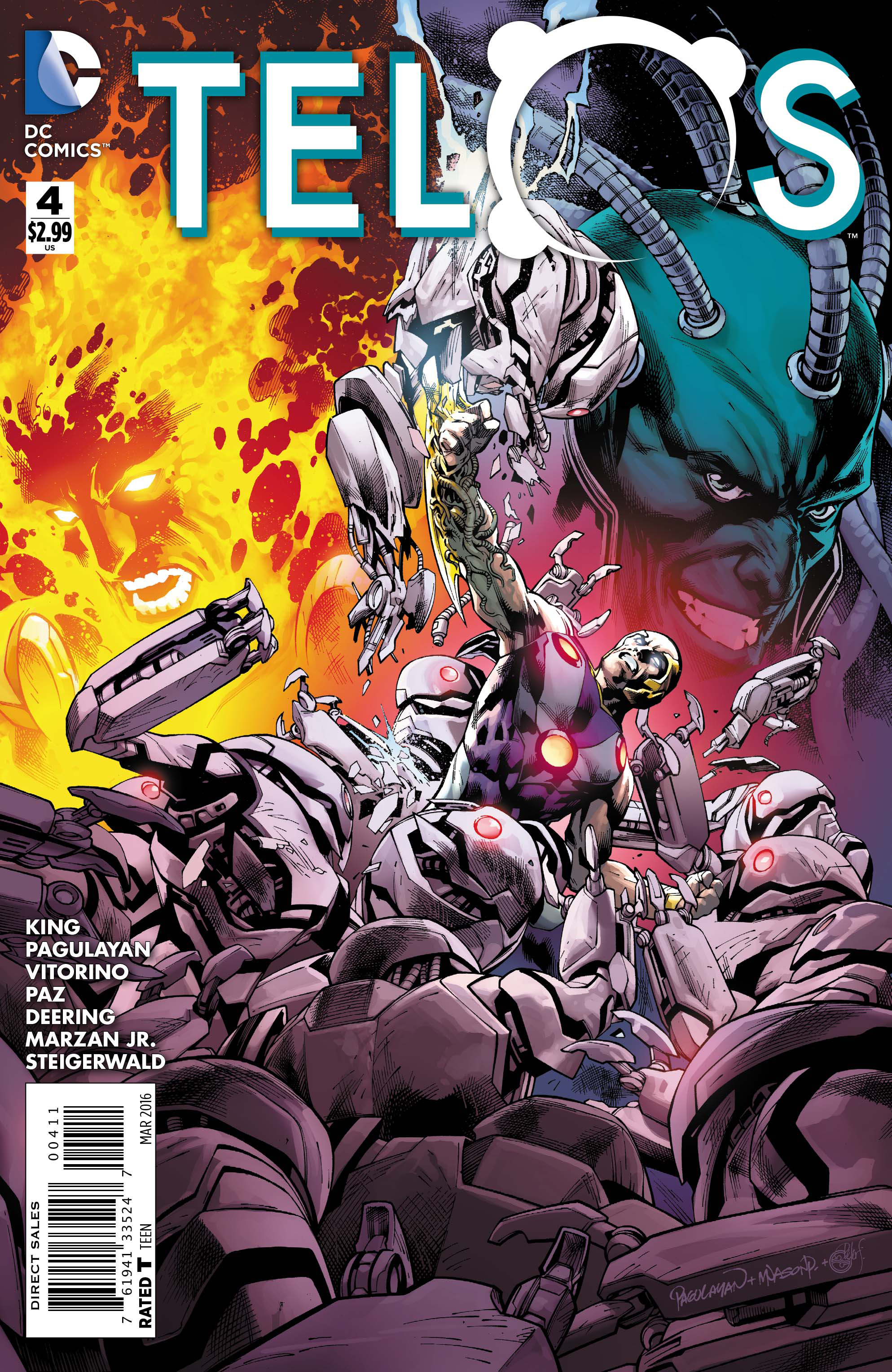 NOV150204
(W) Jeff King (A) Igor Vitorino, Marc Deering, Jos? Marzan (A/CA) Carlo Pagulayan, Jason Paz
Trapped deep underground on the planet Colu, Telos has the data he came for, and he's ready to fight his way out. But his revolutionary teammates-Techne, K'Rot, Stealth, and Captain Comet-have other ideas. They have a larger agenda: to liberate Colu's population by destroying the omnipotent dictator, Computo, but does their plan include betrayal?
In Shops: Jan 06, 2016
SRP: $2.99
View All Items In This Series