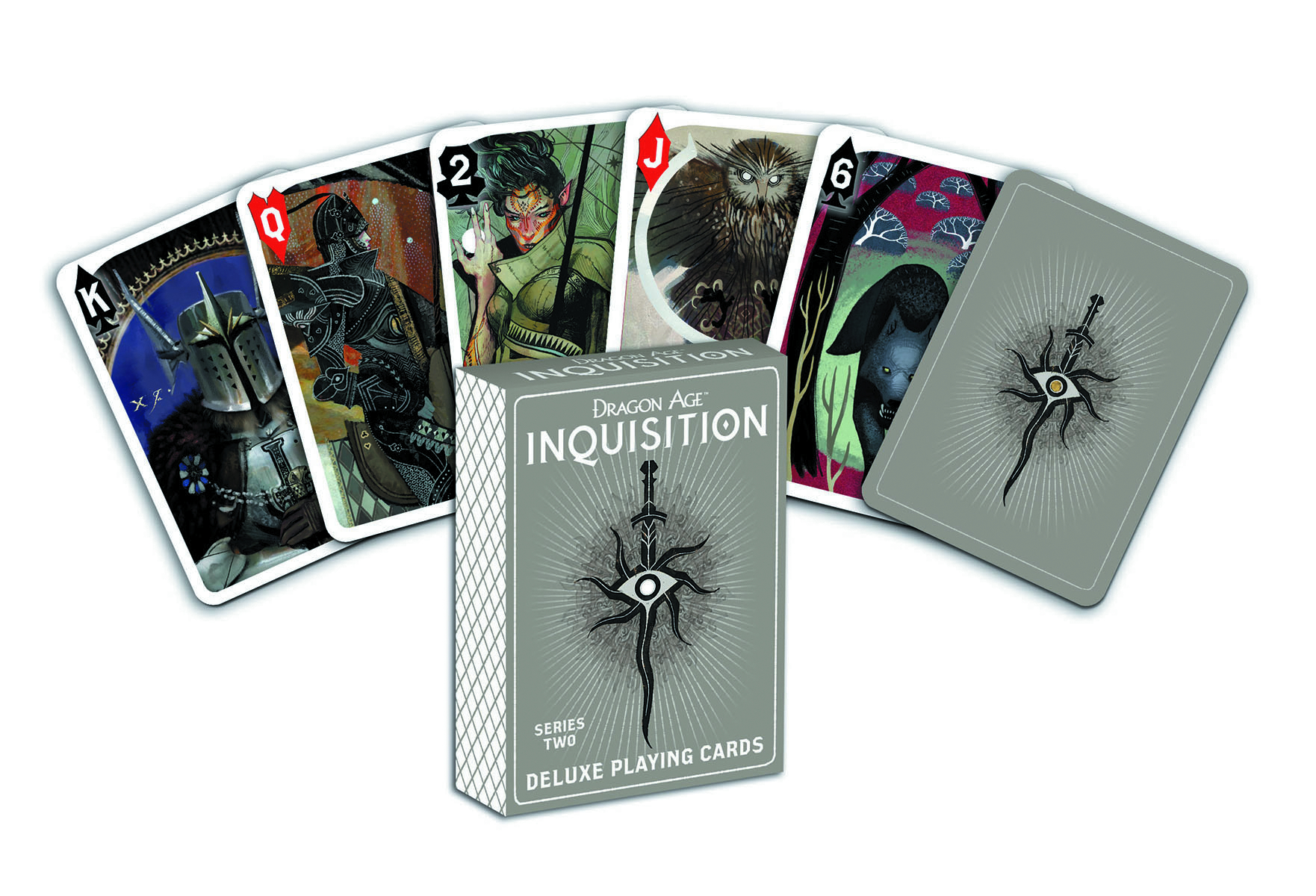 NOV150117
Dark Horse proudly releases a second deck of playing cards featuring artwork from Dragon Age: Inquisition, the epic role-playing series from BioWare.
The creative team behind the Dragon Age: Inquisition game have provided us with beautiful artwork from the tarot card deck that was included in the limited edition Inquisitor's box to create the second deck in this series of playing cards.
In Shops: Dec 16, 2015
SRP: $6.99
ORDER WISH LIST