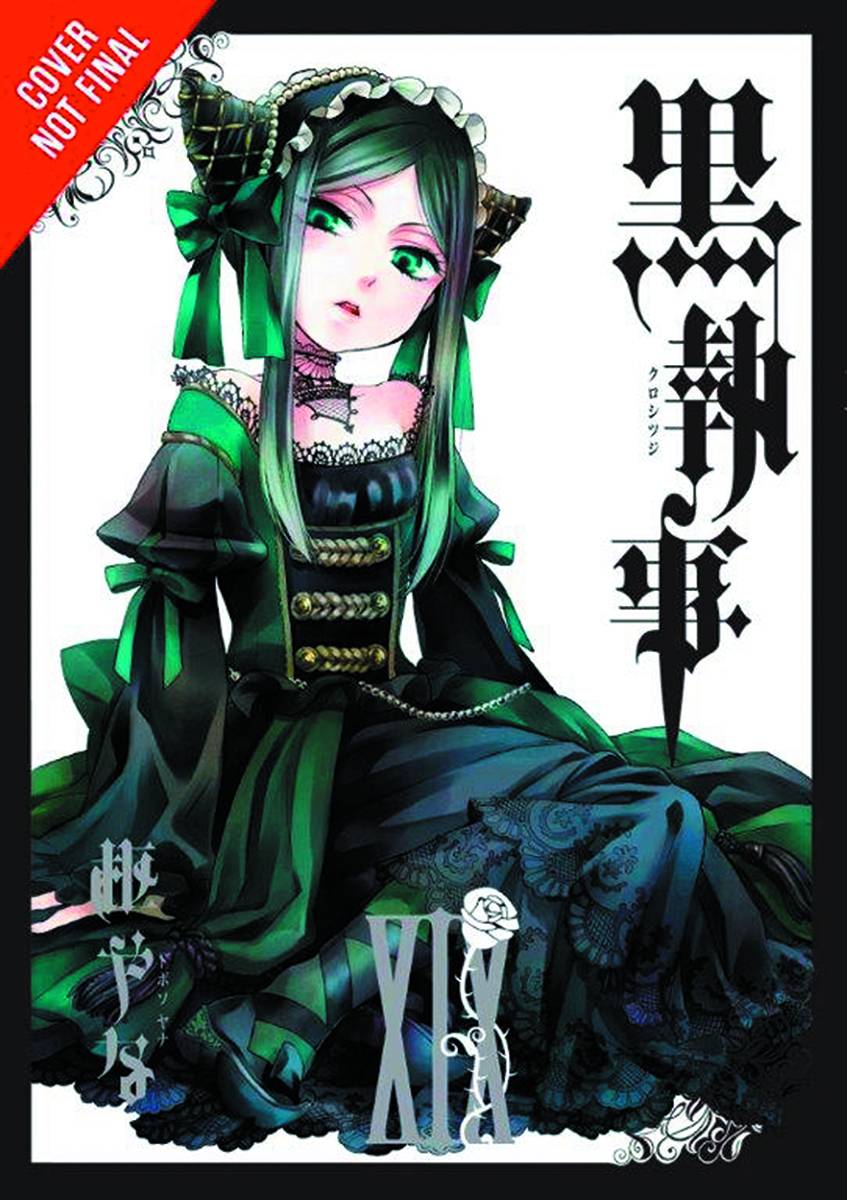 #
NOV141747
(W) Yana Toboso (A/CA) Yana Toboso
In accordance with the wishes of Queen Victoria, young Earl Ciel Phantomhive embarks on a jaunt to Germany with his elite butler, Sebastian, in tow. Gruesome and mysterious deaths are occurring on the continent, and along with the fear of contagion that permeates the air there are also rumors of witches and werewolves running amok. When Ciel's party heads right into the heart of a cursed forest where supernatural creatures are said to dwell, they run straight into a witch! In fact, several of them! And the village head is none other than a little girl who appears as though she's stepped out of a fairy tale!
In Shops: Jan 21, 2015
SRP: $13.00
View All Items In This Series
ORDER SUBSCRIBE WISH LIST