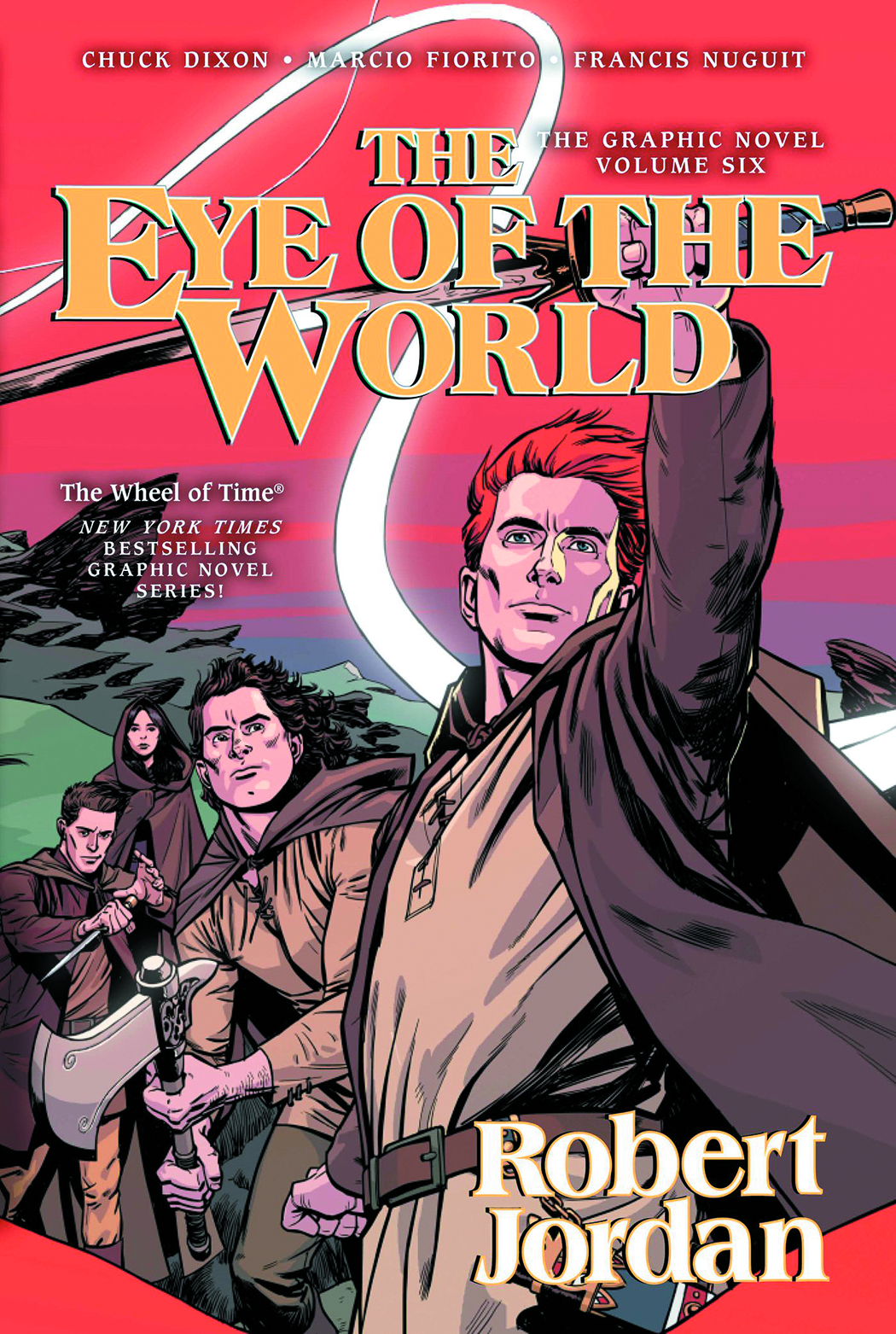 NOV141661
(W) Chuck Dixon, Robert Jordan (A) Francis Nuguit (A/CA) Marcio Fiorito
The final volume of the graphic novel adaptation of Robert Jordan's bestseller, The Eye of the World! Rand al'Thor and his companions - his old friends from Emond's Field; the brave warrior Lan Mandragoran; and Moiraine, the mysterious and powerful Aes Sedai - have at last been reunited. Their journey in search of the Eye of the World nears its climax as they dare the otherworldly Ways, guided by an Ogier, Loial, and narrowly escape the menace of the soul-stealing Machin Shin. When the group reaches the realm of the Green Man, they believe themselves safe. But two of the Forsaken are waiting for them, ready to attack and to guide their dark lord, Ba'alzamon, to the ones he has been seeking!
In Shops: Feb 11, 2015
SRP: $25.99
View All Items In This Series
ORDER WISH LIST