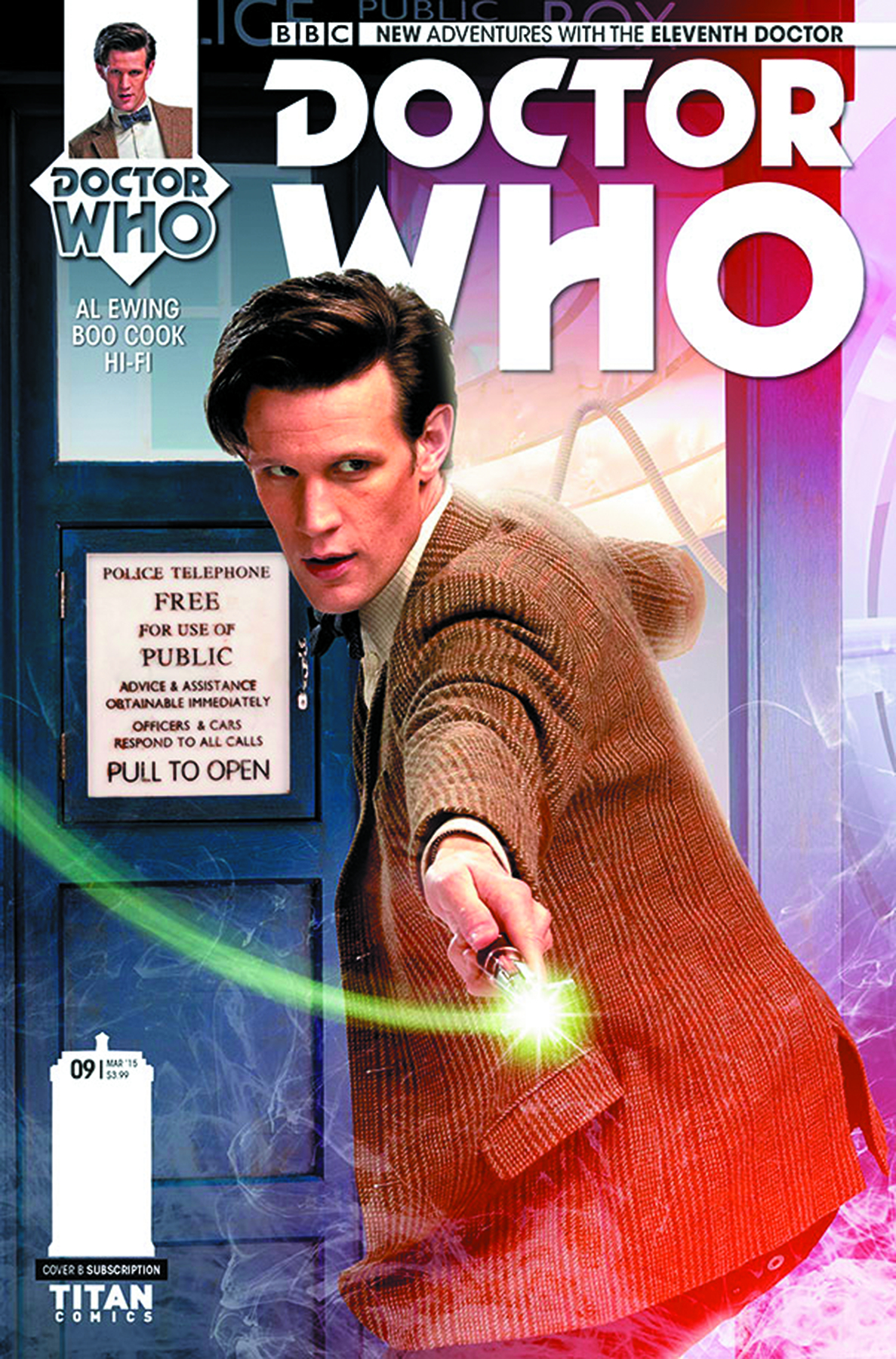 Fresh from a bruising battle with the Amstrons, the Doctor has decided that enough is enough - if SERVEYOUinc won't stop plaguing him and his friends wherever they land, he's going to hit them where it hurts - by buying a controlling interest in the company!

But what does the Doctor's corporate career mean for Alice, ARC and Jones? Is there a place for them in the Doctor's bold new venture? And what kind of sting does SERVEYOUinc have left to deploy?
In Shops: Mar 04, 2015
SRP: $3.99
View All Items In This Series
ORDER WISH LIST