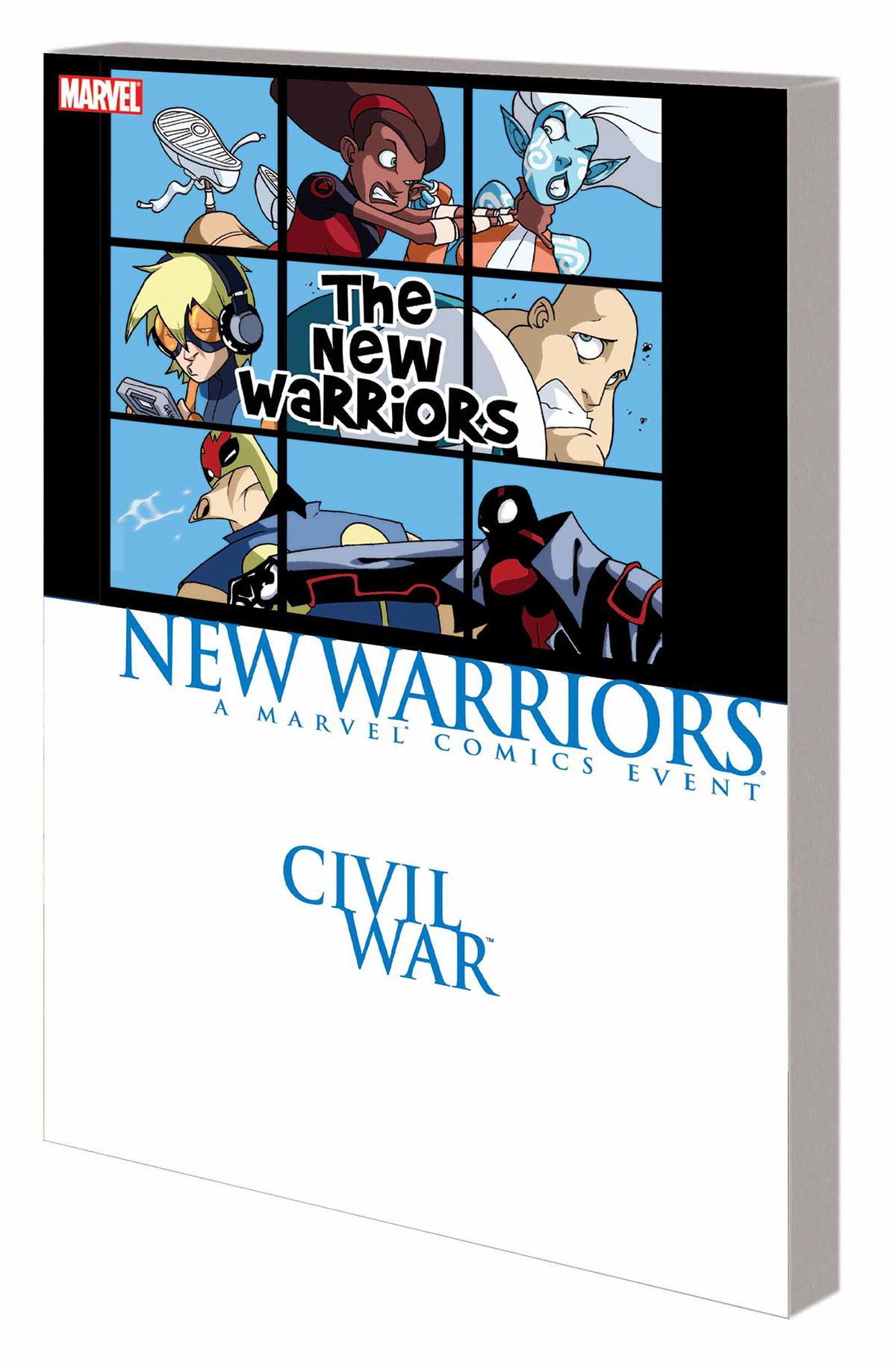 NOV140889
(W) Zeb Wells (A/CA) Skottie Young
It's the return of the New Warriors, drawn by superstar artist Skottie Young (ROCKET RACCOON)! When Night Thrasher strikes a mysterious deal with a reality-TV producer, the New Warriors move out of New York - and into a very cramped van - to travel across America, and help small-town residents deal with the roving villains and superhuman threats that the major super-teams are too busy to tackle! But will the Warriors' filmed exploits be uplifting, or just exploitative? And is heartland America ready for big-city super heroics? Find out as the Warriors take on Tiger Shark, the Armadillo, the Super-Apes, the Controller, the Mad Thinker's Intellectual Robots and more - and unknowingly set the stage for the superhuman Civil War! Plus: the sweeps-week debuts of Microbe and Debrii! Collecting NEW WARRIORS (2005) #1-6.
Rated T+
In Shops: Feb 18, 2015
SRP: $19.99
ORDER WISH LIST