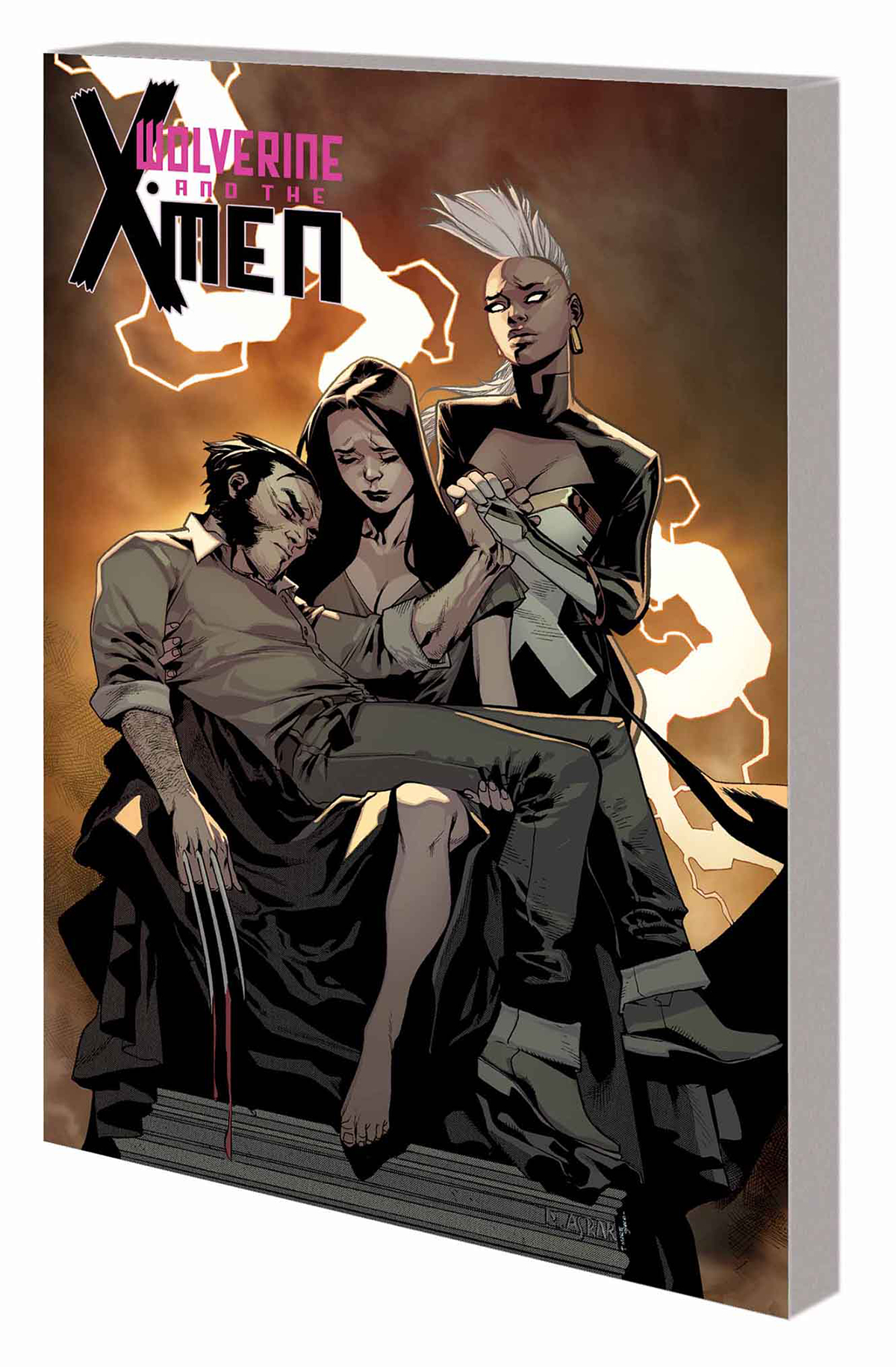 NOV140885
(W) Jason Latour (A) Various (CA) Mahmud A. Asrar
Melita Garner returns - and she's got something on Logan that throws the entire school into uproar. But little does Melita know she's also drawn the attention of the Red Right Hand! Meanwhile, Logan and Storm go on a long-overdue date - but when the headmasters are away, villains come out to play! And when Quentin Quire celebrates his birthday, party crasher Wolverine gets more than he bargained for - but how does Quentin's return mark the beginning of AXIS, and big changes for the Jean Grey School? Then, in the aftermath of tragedy, the school must mourn Wolverine's death. As Wolverine's will is read and a reporter digs further into his century-long past, new truths will be uncovered as the X-Men retell their favorite personal adventures and Wolverine stories, bidding farewell to a legend. Collecting WOLVERINE & THE X-MEN (2014) #7-12.
Rated T+
In Shops: Jan 28, 2015
SRP: $17.99
View All Items In This Series
ORDER WISH LIST