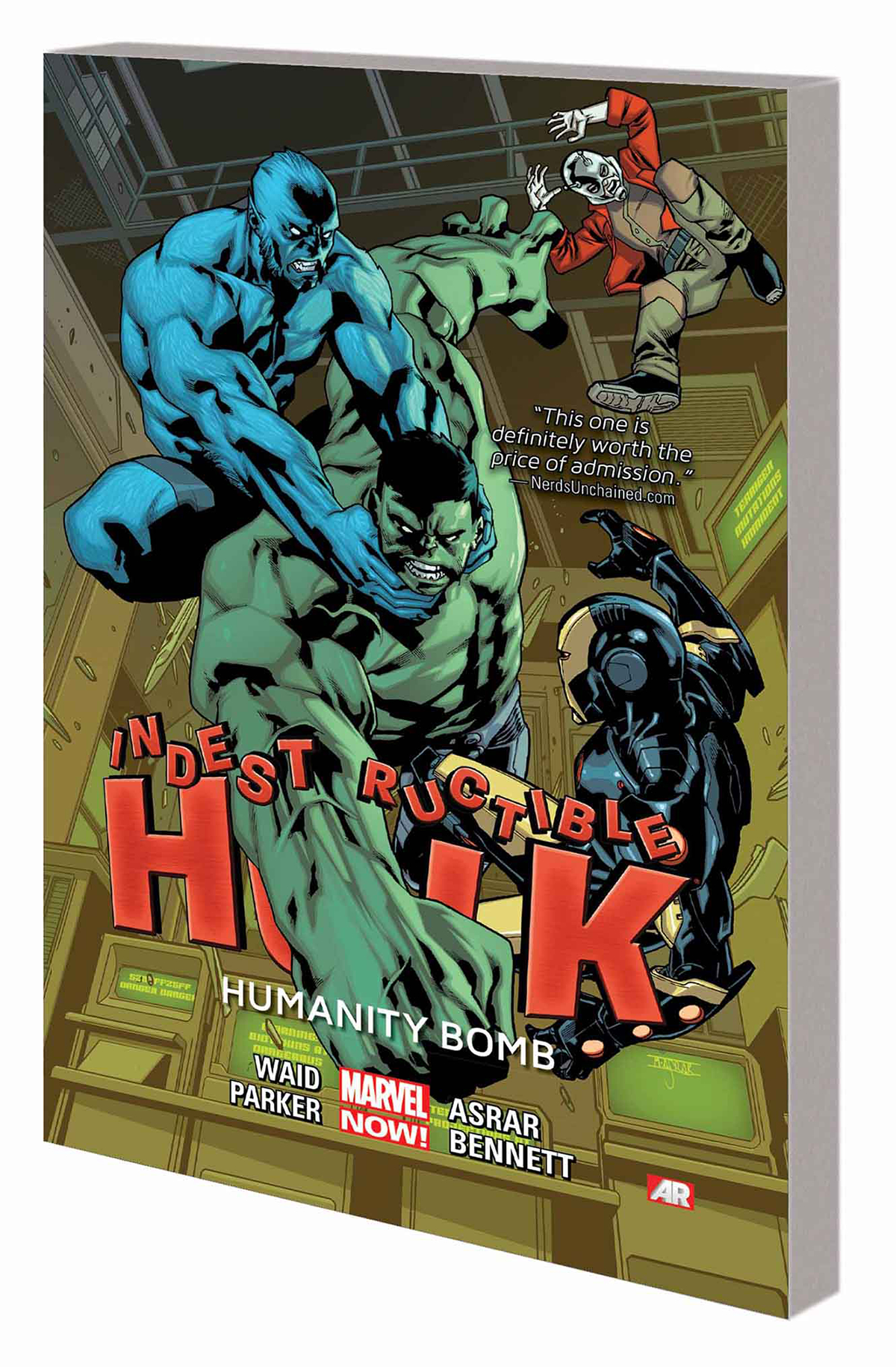 NOV140883
(W) Mark Waid, Jeff Parker (A) Various (CA) Mahmud A. Asrar
Bruce Banner wants to save the planet, but nobody believes him! Inhuman cocoons begin appearing worldwide, and Banner is sure he has the cure - but when Hank Pym, Iron Man and Beast confront the frustrated scientist, they discover just how deep his rage can go. As one of his lab assistants falls to the Terrigen Mists, the enraged Banner has one last chance to prevent Terrigenesis - but the Hulk has unleashed a menace even worse than the Mists, and it's brought Banner straight into an assassin's crosshairs! Plus: Before Bruce Banner and Tony Stark became heroes, they built weapons. But who inspired them? S.H.I.E.L.D. sends Hulk and Iron Man to retrieve the world's greatest weapons designer, but will they return as weapons of mass destruction themselves? Collecting INDESTRUCTIBLE HULK #16, #17.INH-19.INH and #20, and INDESTRUCTIBLE HULK ANNUAL #1.
Rated T
In Shops: Feb 11, 2015
SRP: $19.99
View All Items In This Series
ORDER WISH LIST