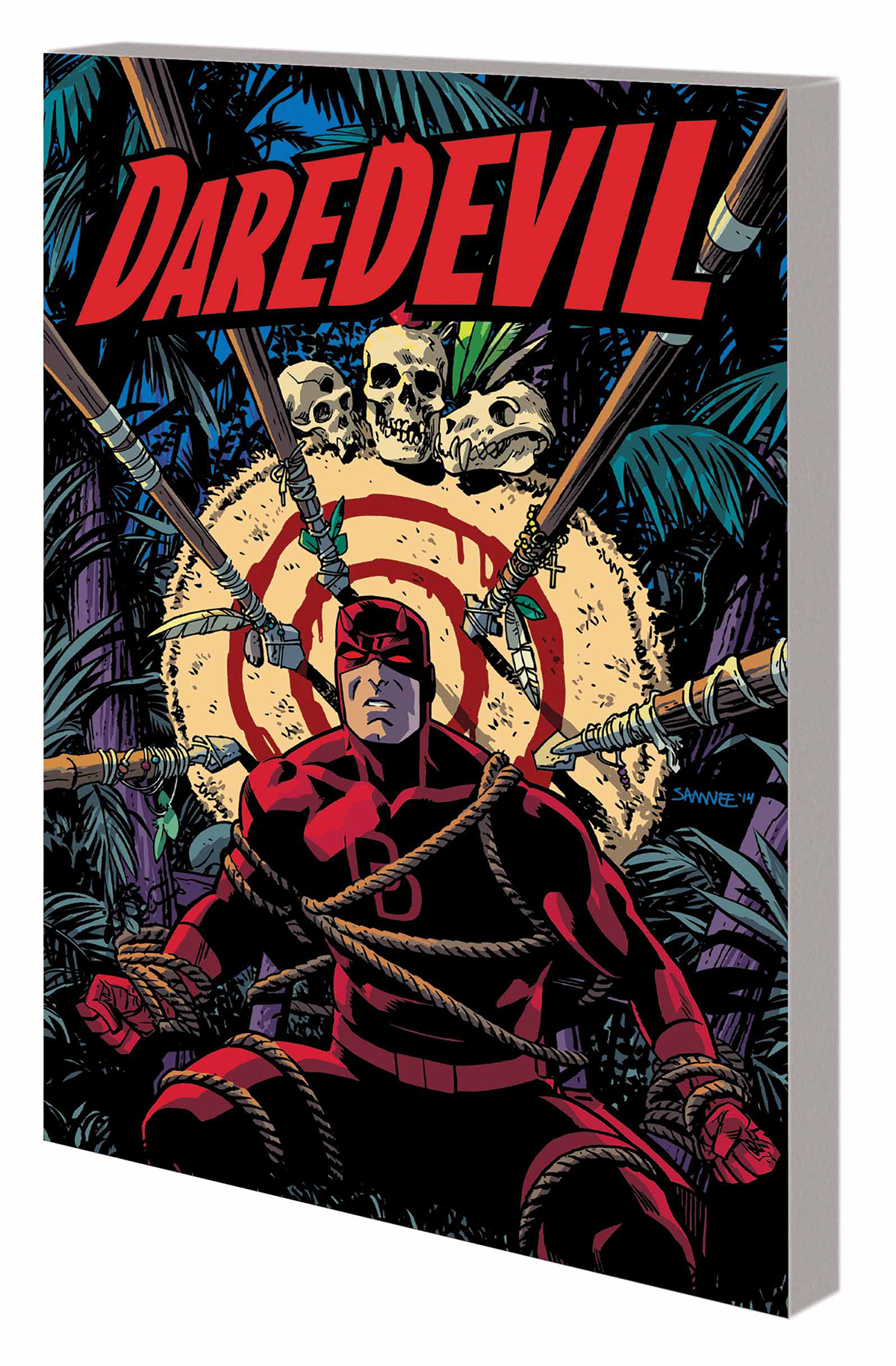 NOV140880
(W) Mark Waid (A) Javier Rodriguez (A/CA) Chris Samnee
ORIGINAL SIN tie-in! When Matt learns something about his past that's too terrible to accept, he seeks out his mother - only to find her in more trouble than he could possibly have imagined. Prepare for the untold story of how Matt Murdock's mother became Sister Maggie as her biggest sin is finally revealed! Then, Daredevil takes on a new case with a killer opposition - and faces the Purple Children! One of DD's oldest foes has unleashed a force that he can't fight without being swallowed by his darkest moods and thoughts. As the Purple Children steal everything Matt Murdock has achieved for himself, is this the beginning of a new, grim chapter in Daredevil's life? Plus: Celebrate Daredevil's fiftieth anniversary with a look at the future! Collecting DAREDEVIL (2014) #1.50 and #6-10.
Rated T+
In Shops: Feb 18, 2015
SRP: $19.99
View All Items In This Series
ORDER WISH LIST