DEADPOOL TP ONES WITH DEADPOOL 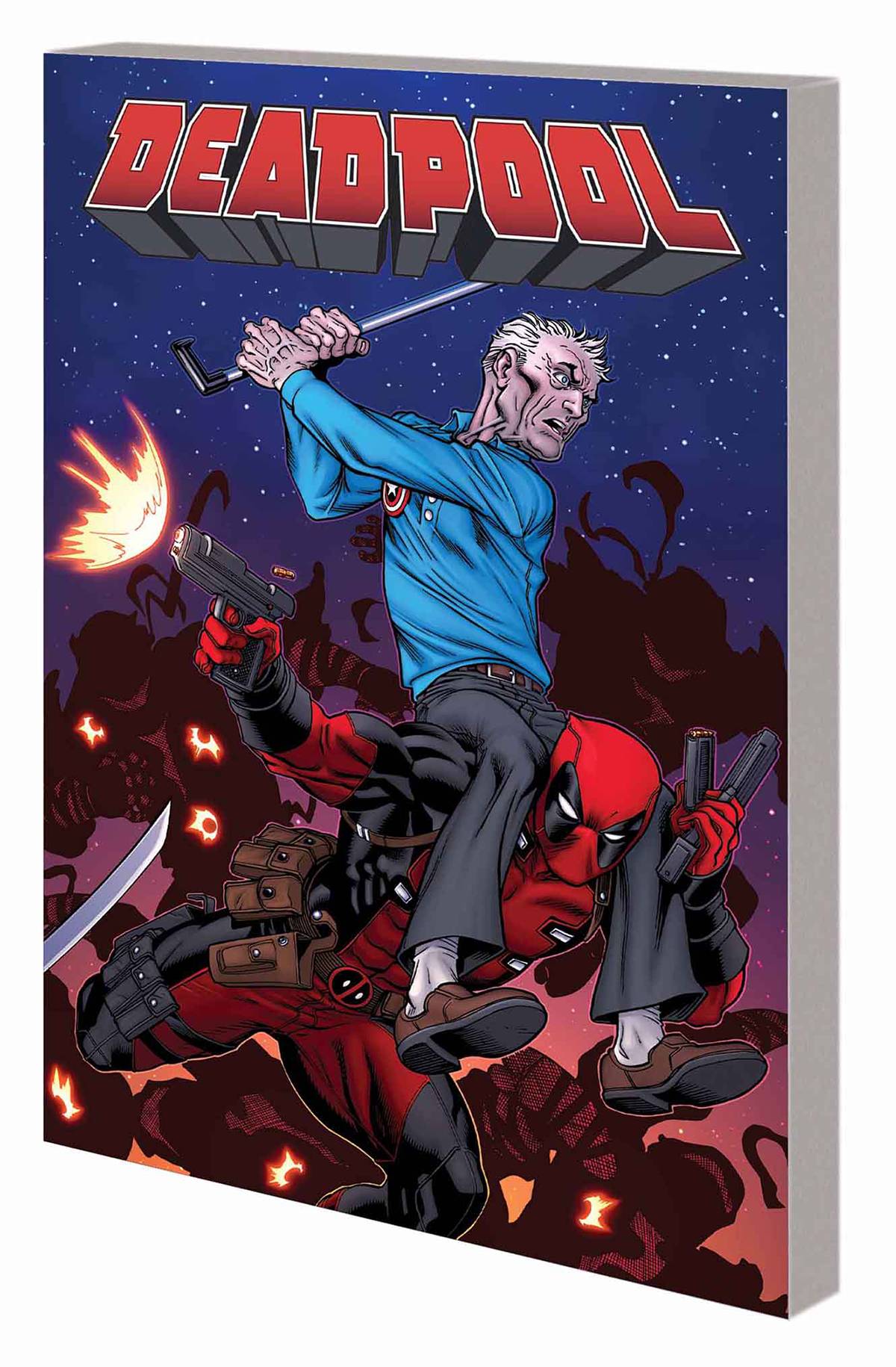 #
NOV140877
(W) Various (A) Various (CA) Ed McGuinness
Four tales of everyone's favorite Merc with a Mouth! When WaterWorld hires Deadpool to protect their theme park, he winds up face-to-snout with Brute Force: Protectors of the Environment (look 'em up!) in a story written by star of The League and NTSF:SD:SUV Paul Scheer and Nick Giovannetti! Then, mysterious foes try to steal Wolverine's DNA to clone him - but Logan's old pals Deadpool and Steve Rogers are on the case! And Ben Acker and Ben Blacker, mad minds behind The Thrilling Adventure Hour, reveal the Secret of the White Caption Boxes as Deadpool takes on Madcap - with unexpected results! Finally, Deadpool "helps out" Spider-Man by donning his webs - but why doesn't Spidey seem to appreciate it?! Collecting DEADPOOL BI-ANNUAL #1, DEATH OF WOLVERINE: DEADPOOL & CAPTAIN AMERICA #1 and DEADPOOL ANNUAL (2013) #1-2.
Parental Advisory
In Shops: Jan 28, 2015
SRP: $15.99
ORDER WISH LIST