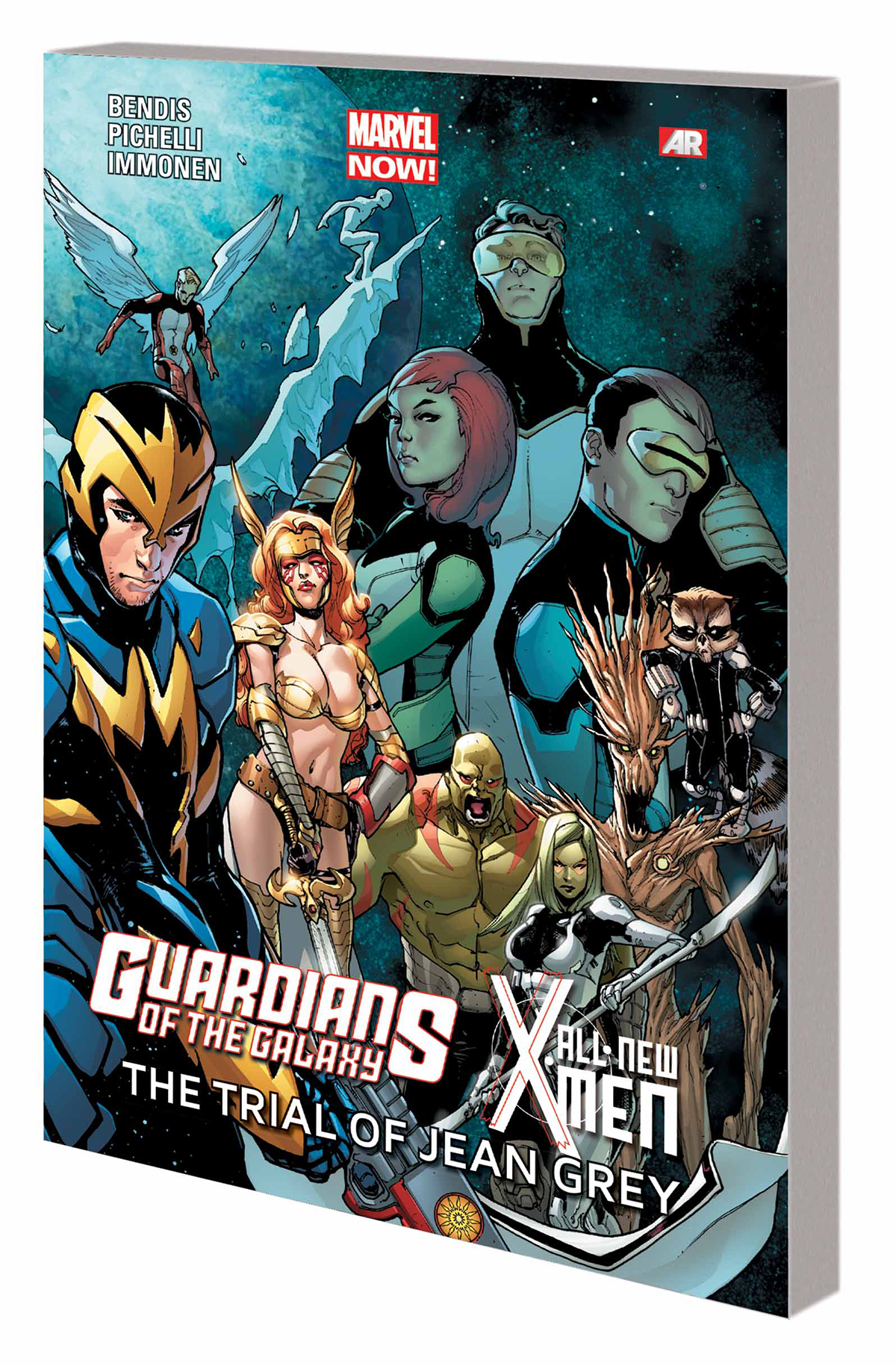 NOV140872
(W) Brian Michael Bendis (A) Stuart Immonen, David Marquez (A/CA) Sara Pichelli
Space and time collide! The arrival of the original X-Men in the present sent shockwaves through the Marvel Universe, but we've only seen the effects on Earth - until now! When an alien race discovers that Jean Grey - once (or perhaps future) host of the destructive Phoenix Force - is back on Earth, they decide to hold her accountable for the genocide committed by Dark Phoenix! Now, it's up to the spacefaring Guardians of the Galaxy to help the All-New X-Men save Jean from twisted intergalactic justice. A surprise ally from one character's past arrives to help, but will that be enough against the most powerful army in the universe? Don't miss the first encounter between two of Marvel's biggest franchises! Collecting GUARDIANS OF THE GALAXY (2013) #11-13 and ALL-NEW X-MEN #22-24.
Rated T
In Shops: Jan 28, 2015
SRP: $19.99
ORDER WISH LIST