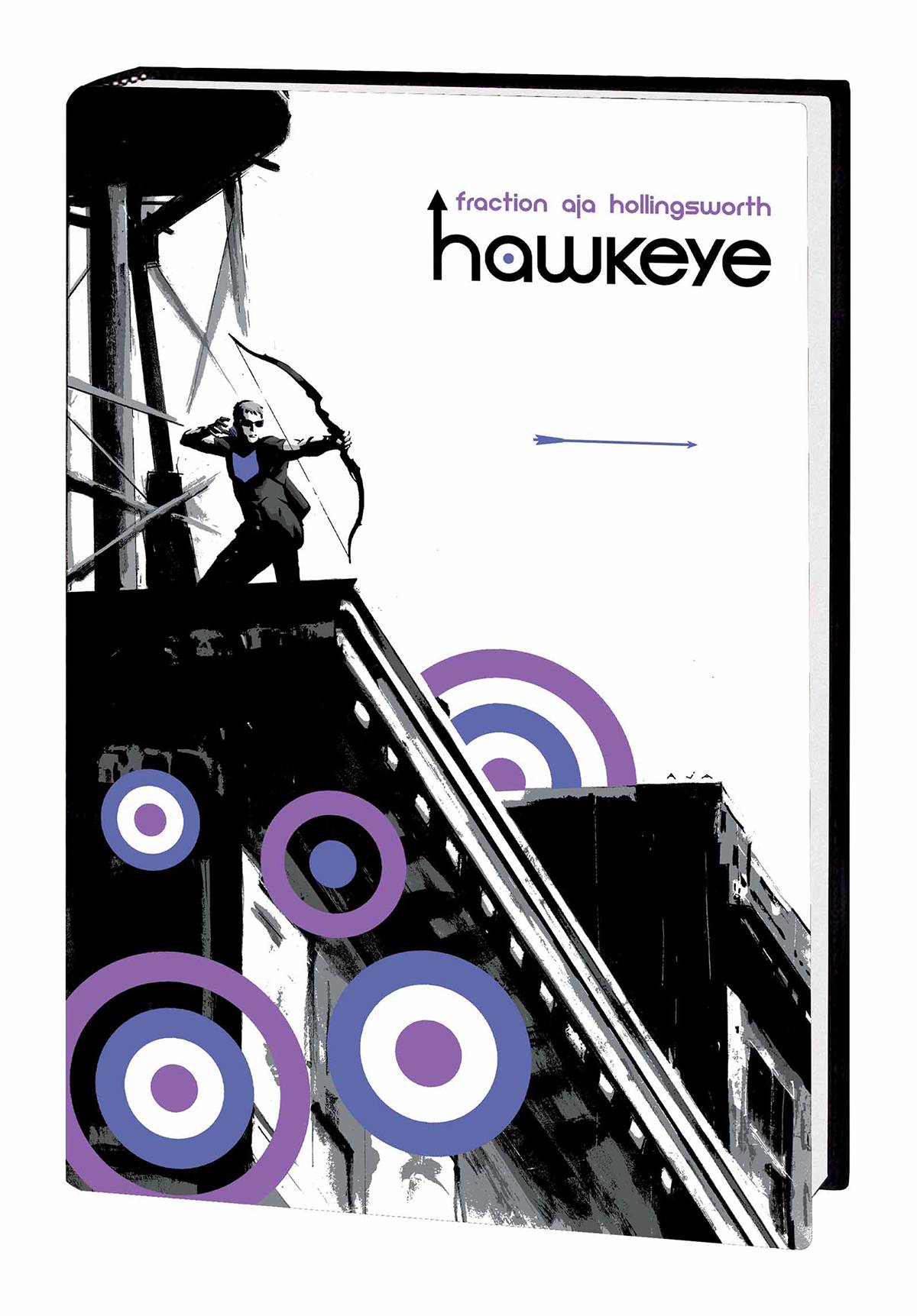 #
NOV140863
(W) Matt Fraction (A) Various (CA) David Aja
Marvel's most critically acclaimed comic in recent memory! Clint Barton, breakout star of a little Marvel movie you might have seen a while back, continues his fight for justice - and good rooftop BBQs! With Young Avenger Kate Bishop by his side, he's out to get some downtime from being one of Earth's Mightiest Heroes - but when the apartment building he's moved into, and the neighbors he's befriended, are threatened by a tracksuit-wearing, dog-abusing gang of Eastern European mobsters who say "bro" an awful lot, Clint must stand up and defend his new adopted family...any way he can. It's Hawkguy, Kate, Pizza Dog et al. against the Clown, Madame Masque, the tracksuits and more in a fantastic, Eisner Award-nominated reinvention of the arrowed Avenger! Bro, you read this book. Okay, bro? Collecting HAWKEYE (2012) #1-22 and ANNUAL #1, and YOUNG AVENGERS PRESENTS #6.
Rated T+
In Shops: Oct 21, 2015
SRP: $99.99
ORDER WISH LIST