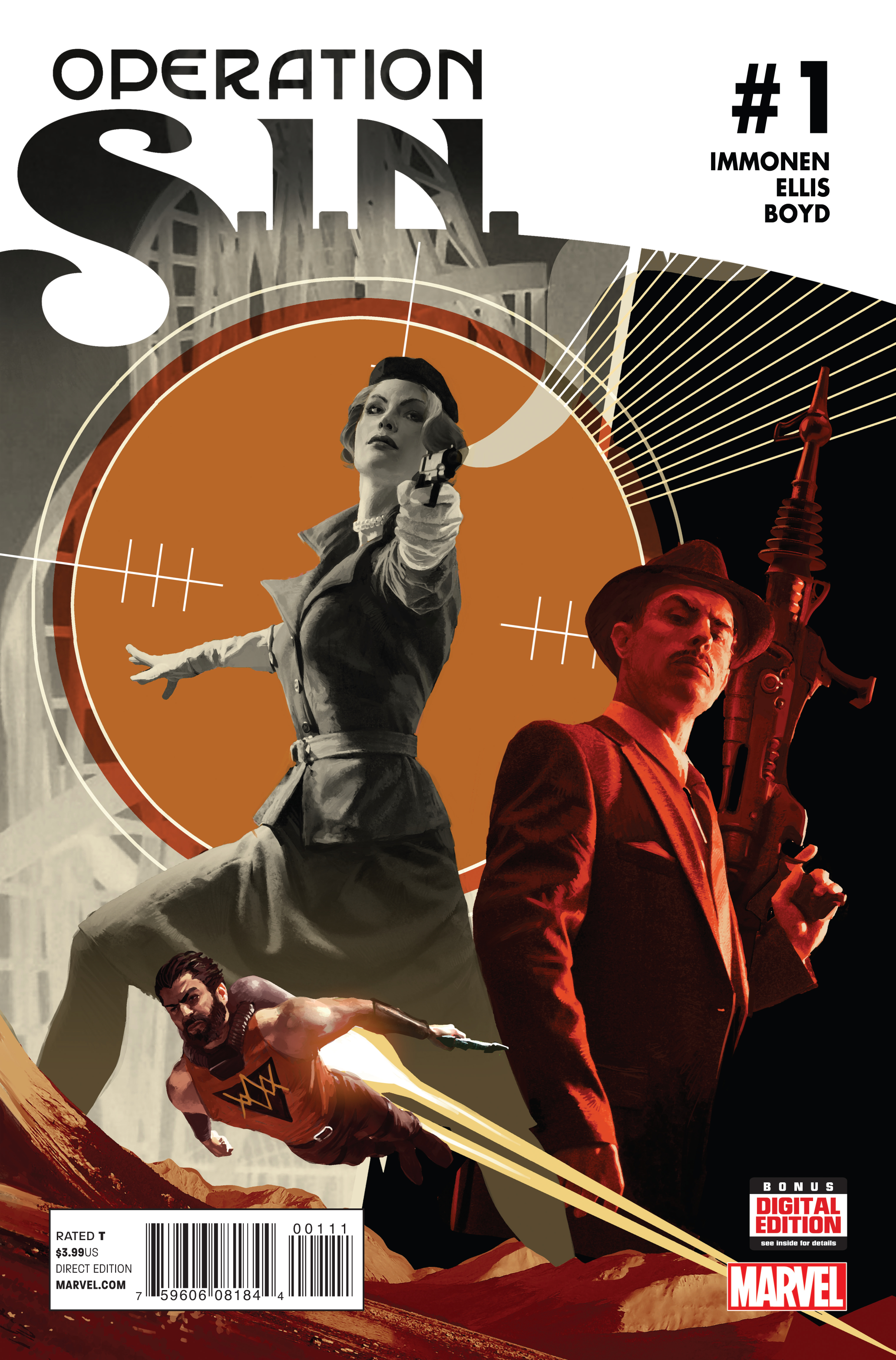 NOV140774
(W) Kathryn Immonen (A) Rich Ellis (CA) Michael Komarck
• Tying into the explosive events of ORIGINAL SIN, see an untold story from the origins of the Marvel Universe!
•  After an alien energy source is discovered in Russia in the early 1950's, it's up to Peggy Carter and Howard Stark to find out what happened.
•  But a newly-risen terrorist group going by the name Hydra also happens to be on the hunt for their own nefarious purposes!
•  It's only when a mysterious operative going by the name of Woodrow McCord enters the picture to aid Peggy and Howard that they realize just how far some people are willing to go to keep the Earth safe!
•  Megawatt writer Kathryn Immonen (JOURNEY INTO MYSTERY) is joined by rising star artist Rich Ellis (SUPERIOR FOES OF SPIDER-MAN) to tell an all-new tale featuring AGENT CARTER!
Rated T
In Shops: Jan 07, 2015
SRP: $3.99
View All Items In This Series