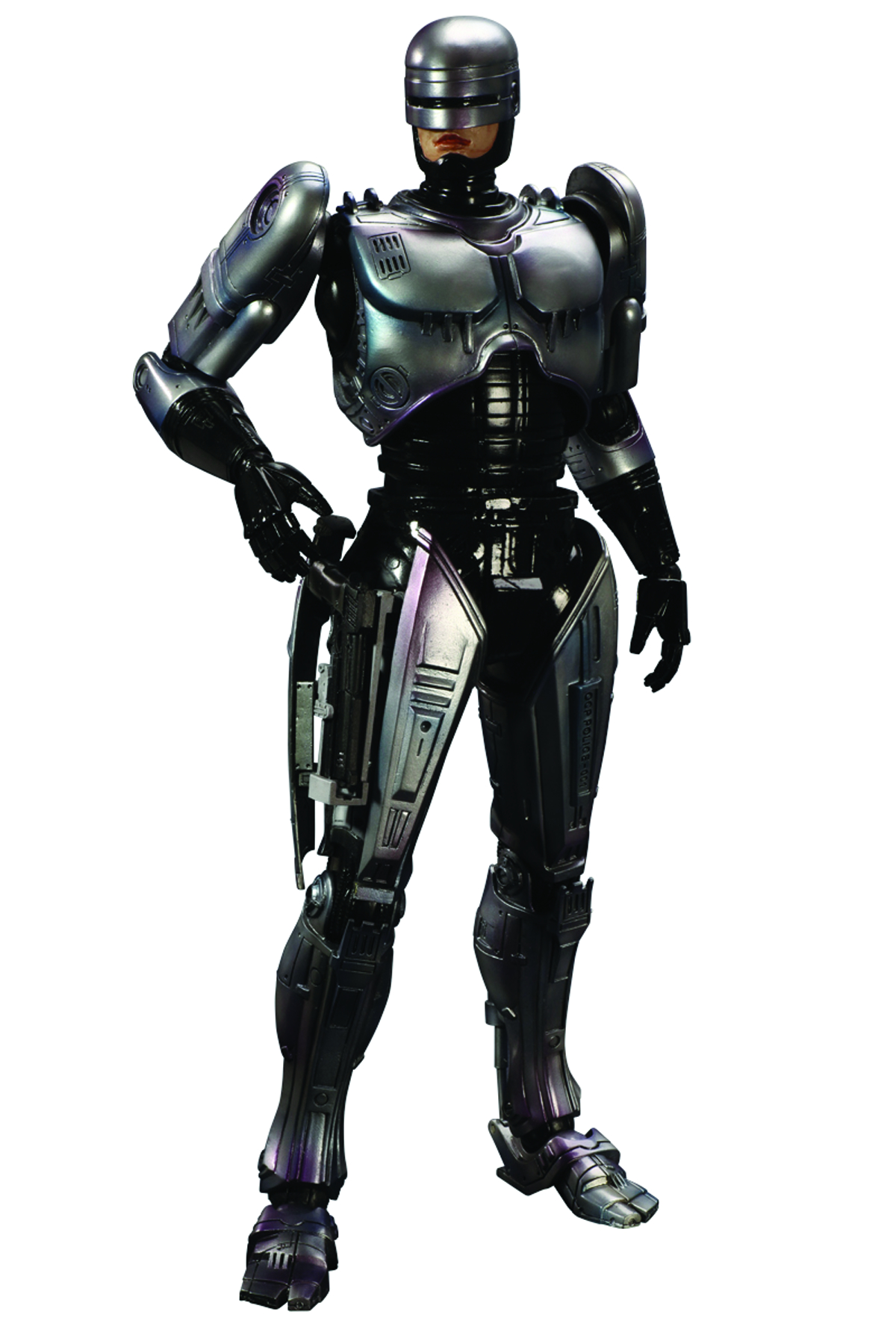 NOV132163
From Square Enix! The one that started it all: The Original RoboCop. While staying true to the details of the original 1987 design, we have paid particular attention to a more modern appearance when recreating RoboCop in this action figure. We have implemented complex joints such as ball and swing joints in the shoulders to maximize the range of motion. RoboCop comes equipped with the Auto 9 to recreate his unique shooting pose, blue and purple accents in the paintwork reminiscent of the lighting in the film, and a bevy of accessories including the terminal strip and interchangeable parts to show his leg holster in its open and closed positions. Display stand included.