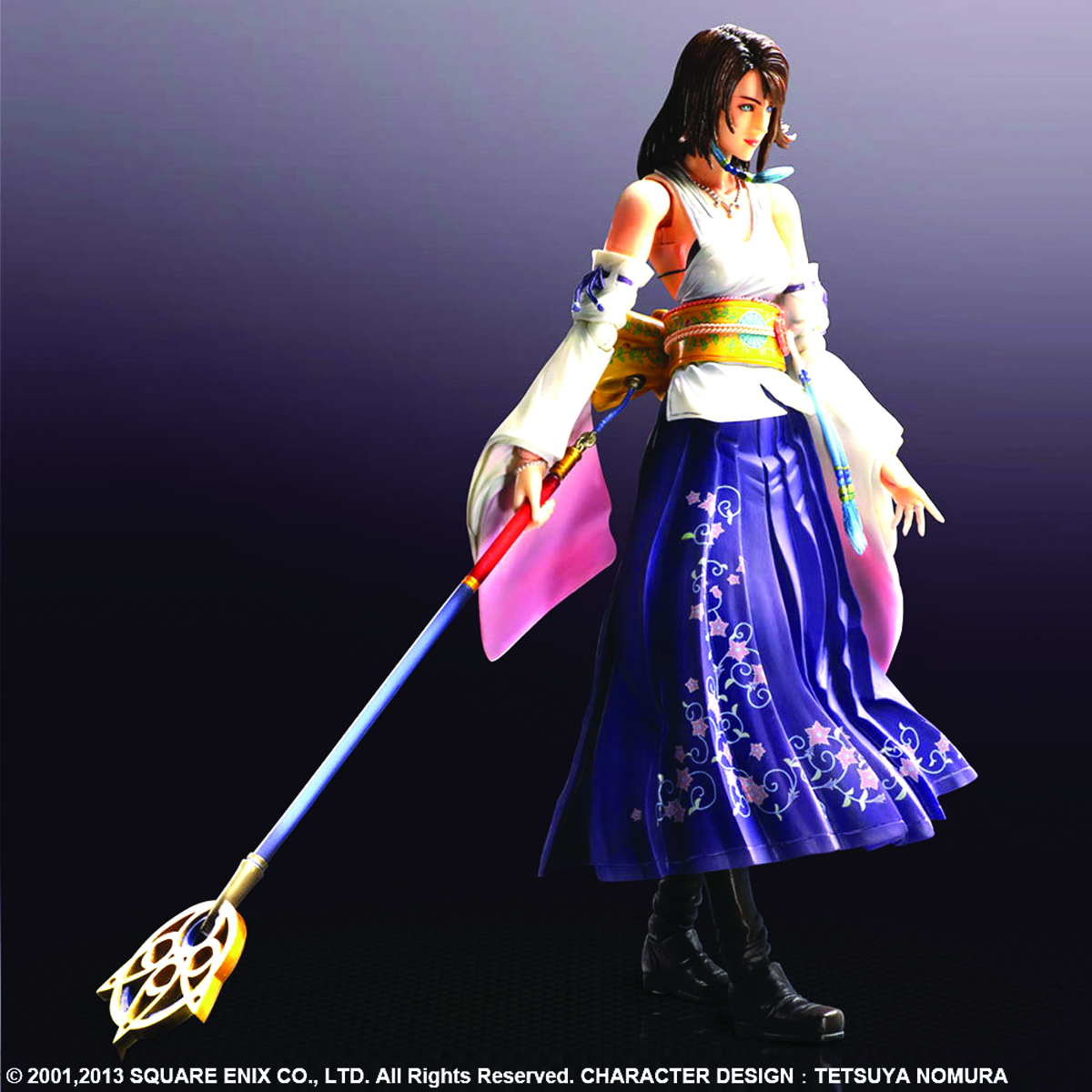 NOV132146
From Square Enix! Making their appearance once again to the PLAY ARTS KAI action figure line with more depth and articulation than ever before are the stars of FINAL FANTASY X -- Tidus and Yuna!

With the signature painstaking attention to detail of our PLAY ARTS artists, Tidus and Yuna have greater poseability and detail than ever before. Yuna, in her summoner's garb, is stunningly brought to life with careful paint application to every tiny aspect of her face and costume. Tidus has been so realistically brought to life he looks ready to jump into battle or a blitzball tournament!

Not a single element has been missed in this high definition re-mastering of our original PLAY ARTS KAI figures. And while each figure is stunning on its own, posing both together enables poignant scenes to be recreated for a moving effect. They are a must have for any FINAL FANTASY collector, especially fans of FINAL FANTSY X!