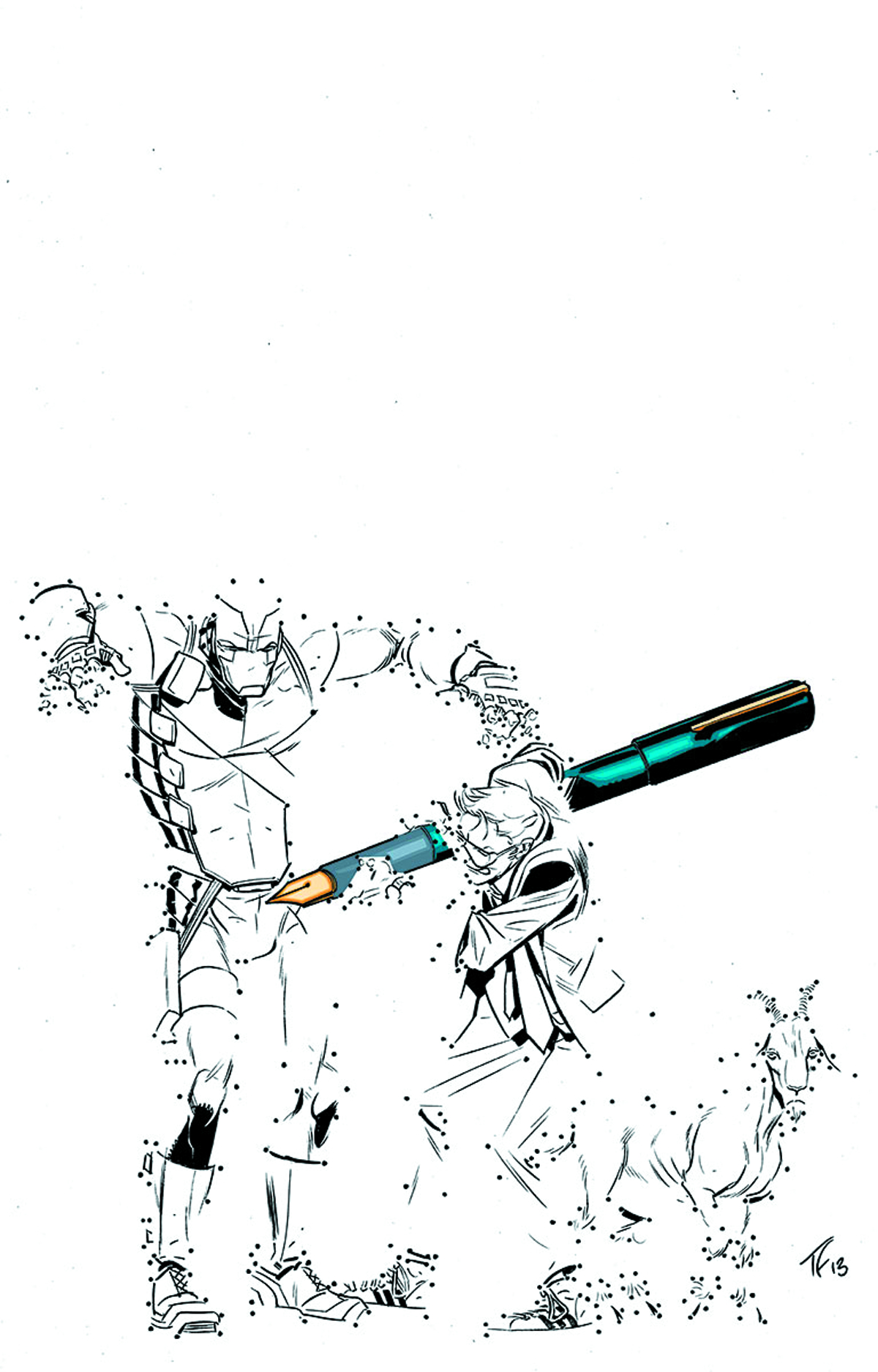 NOV131289
(W) James Asmus (A) Ming Doyle (CA) Tom Fowler
So...two superheroes, a clone, and a goat move into a junior two-bedroom...
As a totally questionable romance blossoms between Woody and his runaway science experiment girlfriend, Eric finds himself quickly rising through the ranks of his new employers at Magnum Security. But when he comes to find that his duties as an on-staff superhero are bit more unsavory than he ever expected, it's down to Quantum, an old army buddy, and Woody-interloper!-to discover the illicit truth behind Mr. Magnum's all-seeing private security empire.
In Shops: Jan 08, 2014
SRP: $3.99
View All Items In This Series
ORDER WISH LIST