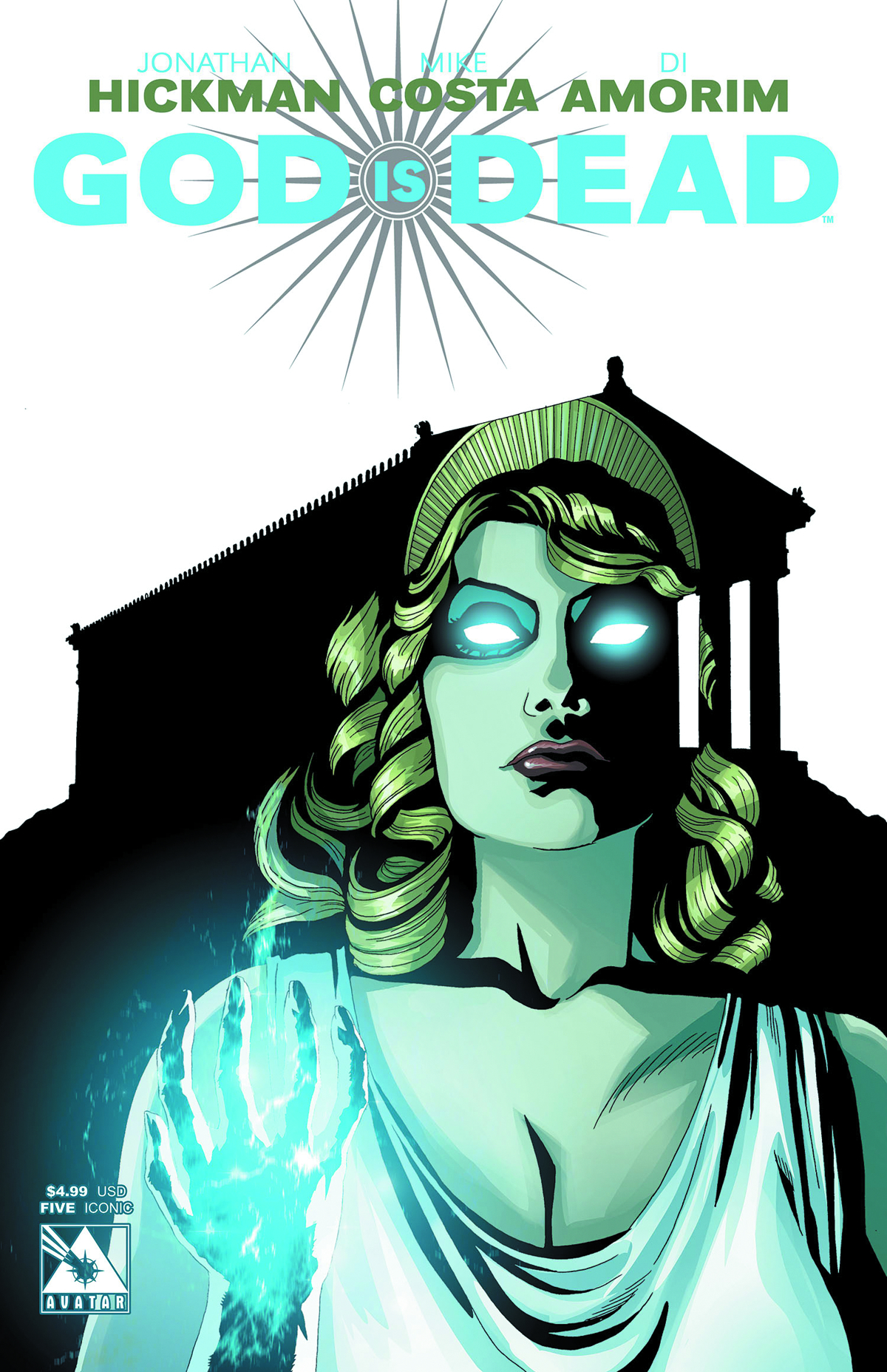 NOV130845
(W) Jonathan Hickman (A) Di Amorim (CA) Jacen Burrows
The world is only hours away from Armageddon as the pantheons of Asgard and Olympus collide.  With the first attempt at creating a god weapon resulting in the birth of Mammon, the enclave of scientists strikes a desperate stake as they hope they can create a being able to stand against the deities waging war across the globe.  But tampering with the very stuff of gods is a dangerous game and the end result is nothing short of staggering...  Join JONATHAN HICKMAN for the end of the world as God Is Dead rolls toward an unbelievable climax!  Available with a Regular cover by Jonathan Hickman, End of Days cover, a premium Iconic card stock cover that is limited to just 5000 copies by Jacen Burrows, and a Pantheon Order Incentive cover by series artist Di Amorim.
In Shops: Jan 15, 2014
SRP: $4.99
View All Items In This Series