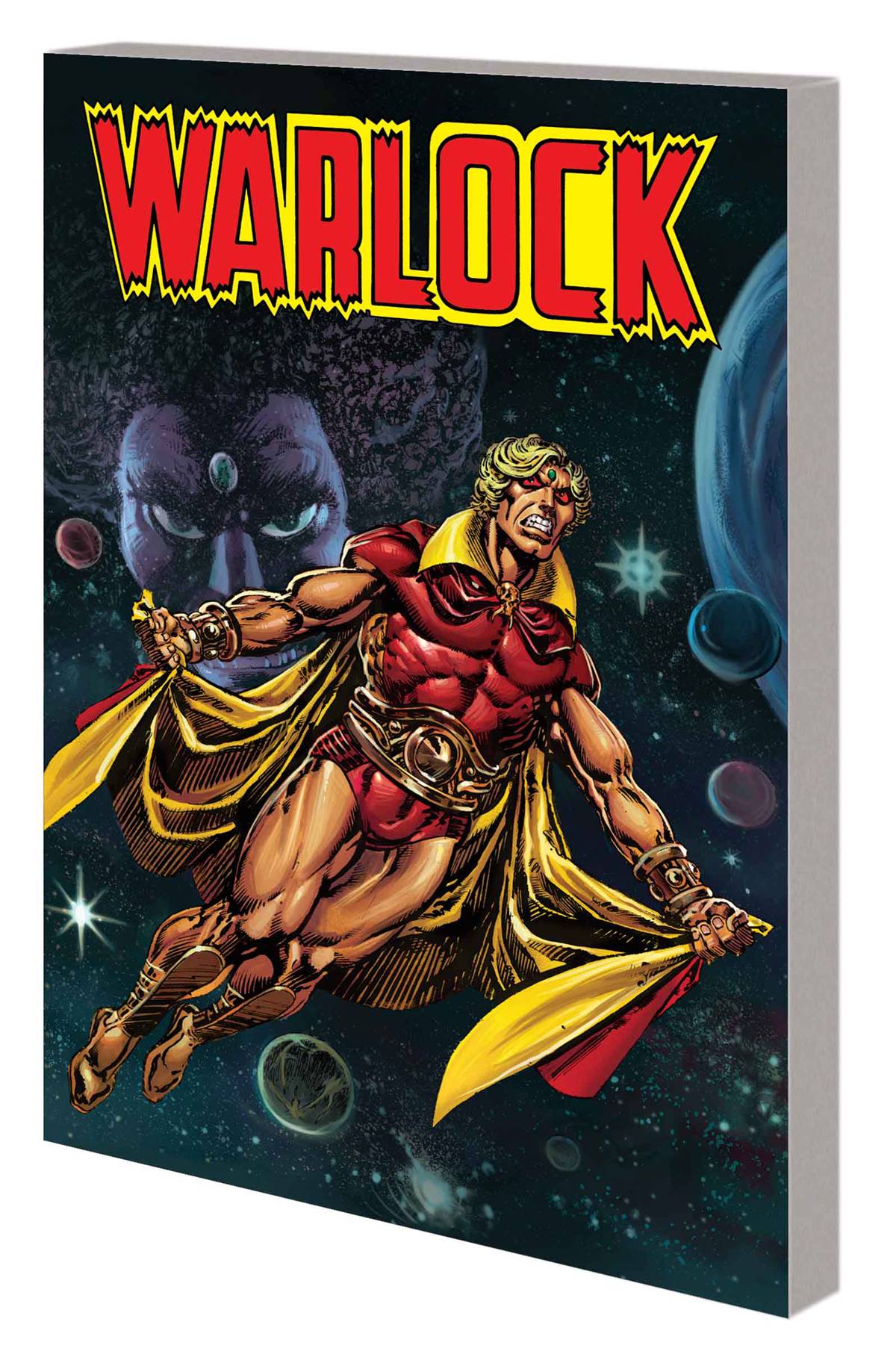 #
NOV130732
(W) Jim Starlin (A/CA) Jim Starlin
At '70s Marvel, no one mastered the startling scope and high-concept complexity of cosmic adventure like Jim Starlin! And his work on Adam Warlock set the tone for star-spanning spectacle that is considered a high-water mark to this day. Starlin evolved Warlock to the next level, imbuing the character with the inner demons of a man-god on the brink of insanity. Forced to confront an evil version of himself and the nihilistic menace Thanos, Warlock's conflicts weren't just knuckle-grinding throw-downs - they were epic, existential struggles for his very soul. Featuring the first-ever assembling of the Infinity Gems; the debuts of Gamora and Pip the Troll; and an all-out struggle to save the universe joined by the Avengers, Captain Marvel and Spider-Man! Collecting STRANGE TALES (1951) #178-181, WARLOCK (1972) #9-15, AVENGERS ANNUAL #7 and MARVEL TWO-IN-ONE ANNUAL #2.
In Shops: Jan 29, 2014
SRP: $34.99