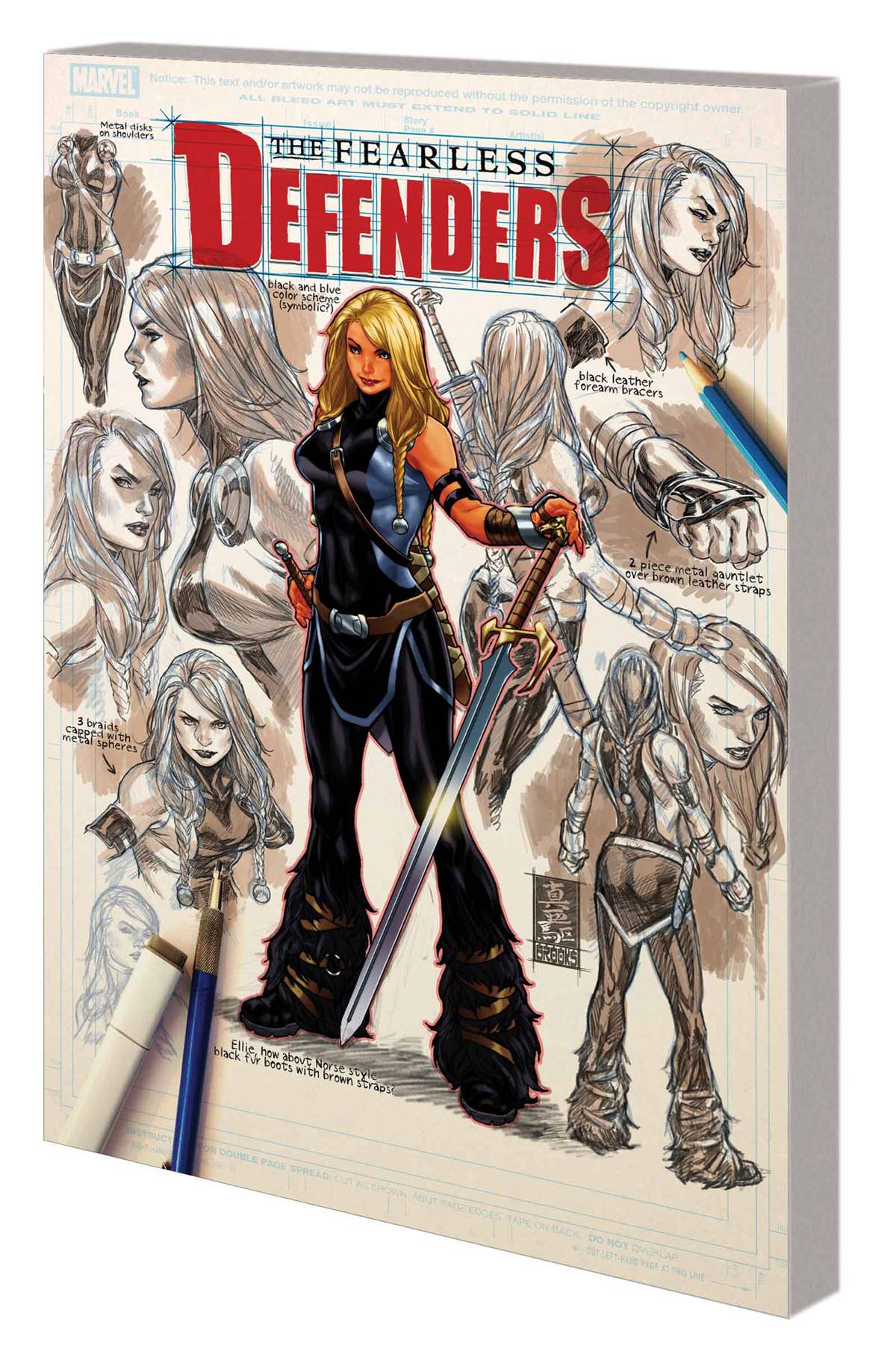 #
NOV130720
(W) Cullen Bunn (A) Stephanie Hans, Will Sliney (CA) Mark Brooks
With Thanos' hordes invading Earth, the Fearless Defenders live up to their name in an INFINITY tie-in like no other! Misty kicked ass in Valkyrie's world, now it's time to see how Valkyrie fares in Misty's. But it's not easy being an Asgardian shieldmaiden - especially when your boyfriend's got a chip on his shoulder! And when a gifted young woman discovers she possesses terrifying powers, will this new hero join the ranks of the Defenders? Then, secrets of Hippolyta's resurrection are revealed on a field trip to New Amazonia as the team makes a stand against Caroline LeFay's apocalyptic Doom Maidens! Plus: Valkyrie and Annabelle's complicated relationship becomes even more perplexing and problematic, and a new (cosmically awesome) character joins the team! Guest-starring Elsa Bloodstone, Venom, Dr. Strange, Iron Fist, Hercules, Werewolf By Night and more! Collecting FEARLESS DEFENDERS #7-12.
In Shops: Feb 12, 2014
SRP: $17.99
View All Items In This Series