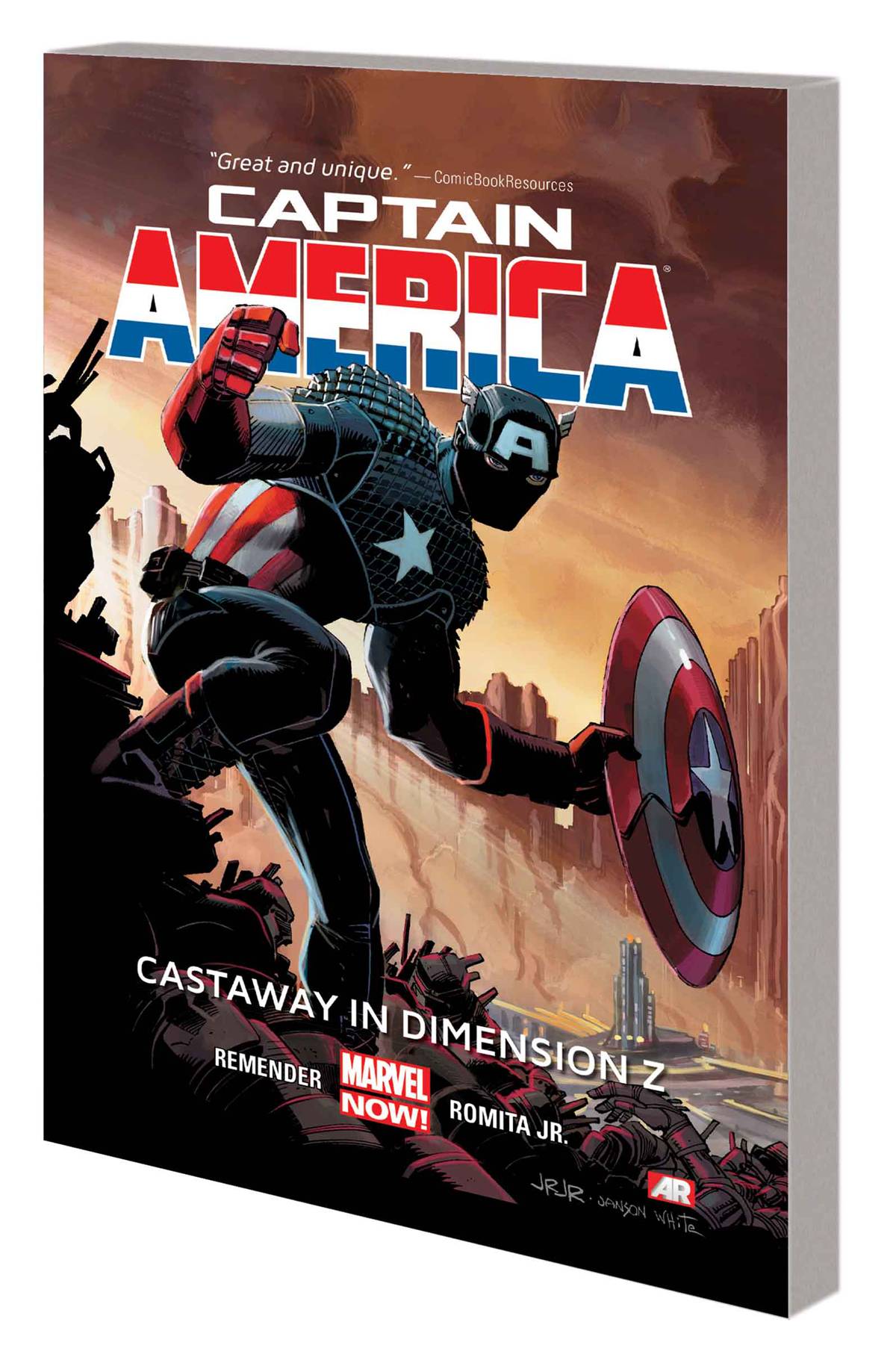 #
NOV130719
(W) Rick Remender (A/CA) John Romita
Thrust into a bizarre, inhospitable world far from home, the all-new, high-adventure, mind-melting, tough-as-nails, sci-fi, pulp-fantasy era of Captain America starts NOW! Arnim Zola's ambitions leave Captain America stranded in the upside-down territory known as Dimension Z. With no country and no allies, what's left for the Sentinel of Liberty to protect? Just the one thing his foe values most: Zola's son! Steve has saved the boy's life, but can he keep him alive against the savage barbarians of Phrox - with the fate of a world hinging on his victory? And when Zola's terrible experiments on the indigenous creatures give birth to a terrible new foe, the Odd War of Dimension Z begins! Collecting CAPTAIN AMERICA (2012) #1-5.
In Shops: Feb 12, 2014
SRP: $19.99
View All Items In This Series
ORDER WISH LIST