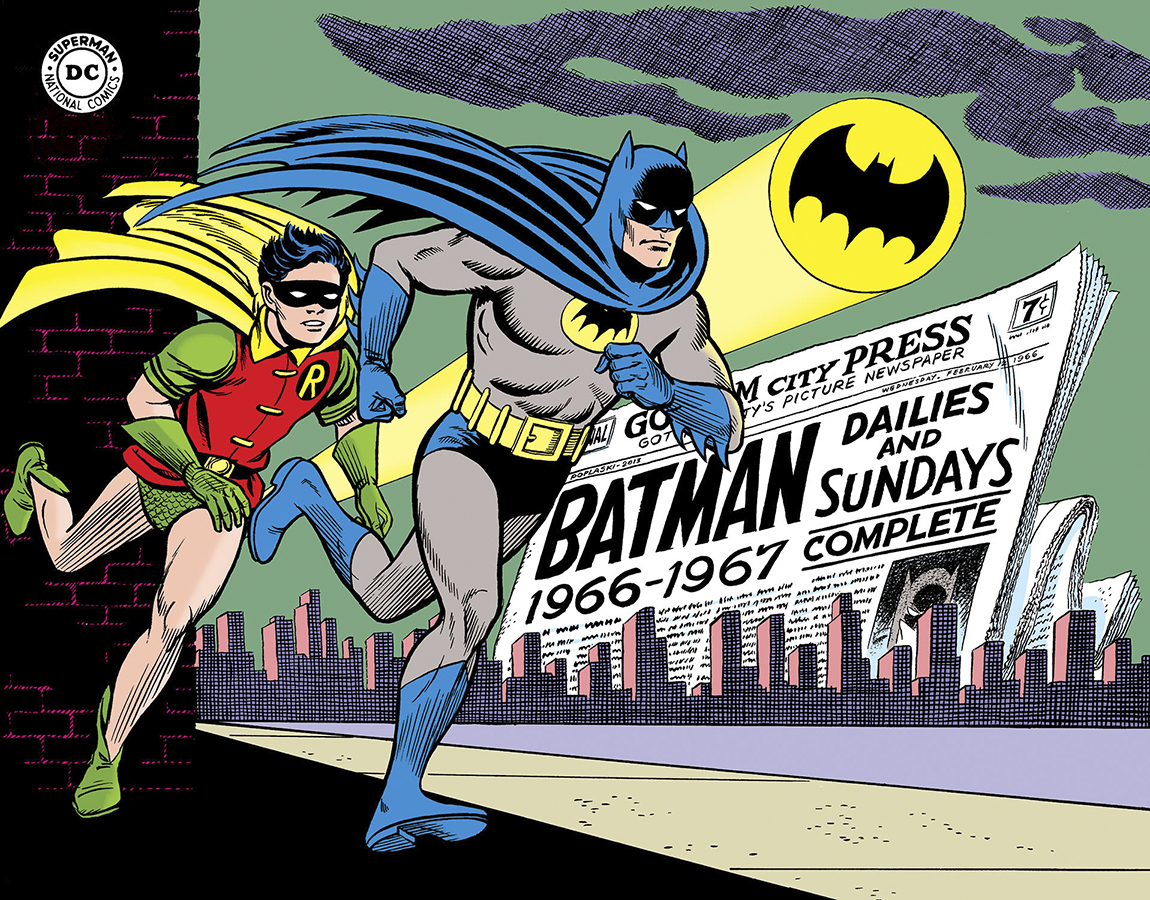 NOV130336
(W) Whitney Ellsworth (A) Sheldon Moldoff, Joe Giella, Carmine Infantino (CA) Peter Poplaski
The Silver Age Caped Crusader comes to IDW's Library of American Comics! In partnership with DC Entertainment, the Eisner and Harvey Award-winning imprint gives the deluxe archival treatment to the classic 1960s Batman newspaper strip. The complete series, which ran from 1966 until 1972, has never been reprinted and will be collected in three definitive volumes.

The strip debuted in May 1966 on the heels of the Batmania craze resulting from the hit television program. The series boasted stories by longtime editor Whitney Ellsworth and art by DC stalwarts Shelly Moldoff, Joe Giella, and Carmine Infantino.

The first volume, reprinting all B&W dailies and color Sundays from 1966 and 1967, features an all-star list of Batman and Robin characters, including Catwoman, the Penguin, the Joker, Poison Ivy, and Batgirl!