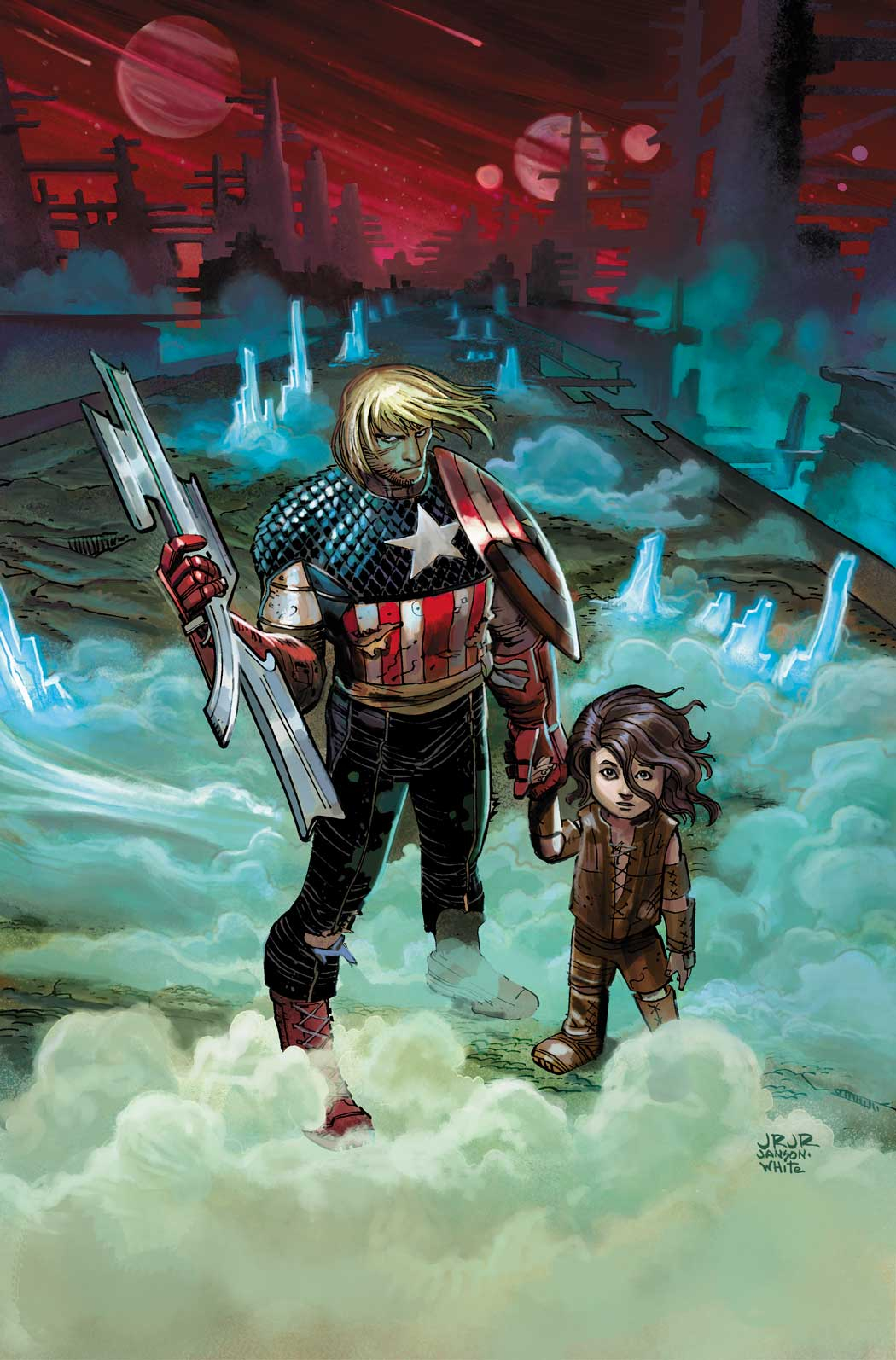 NOV128209
(W) Rick Remender (A/CA) John Romita
Dimension Z continues!
•   "Remember their faces, their families. Remember what they love. Learn how to turn it against them. "
•   Arnim Zola's ambitions leave Captain America stranded in the upside-down territory known as Dimension Z.
•   Steve has saved the life of Zola's son, but can he keep him alive?
•   Who are the barbarians of Phrox and what are their intentions for Steve and his new ward?
In Shops: Feb 06, 2013
SRP: $3.99
View All Items In This Series