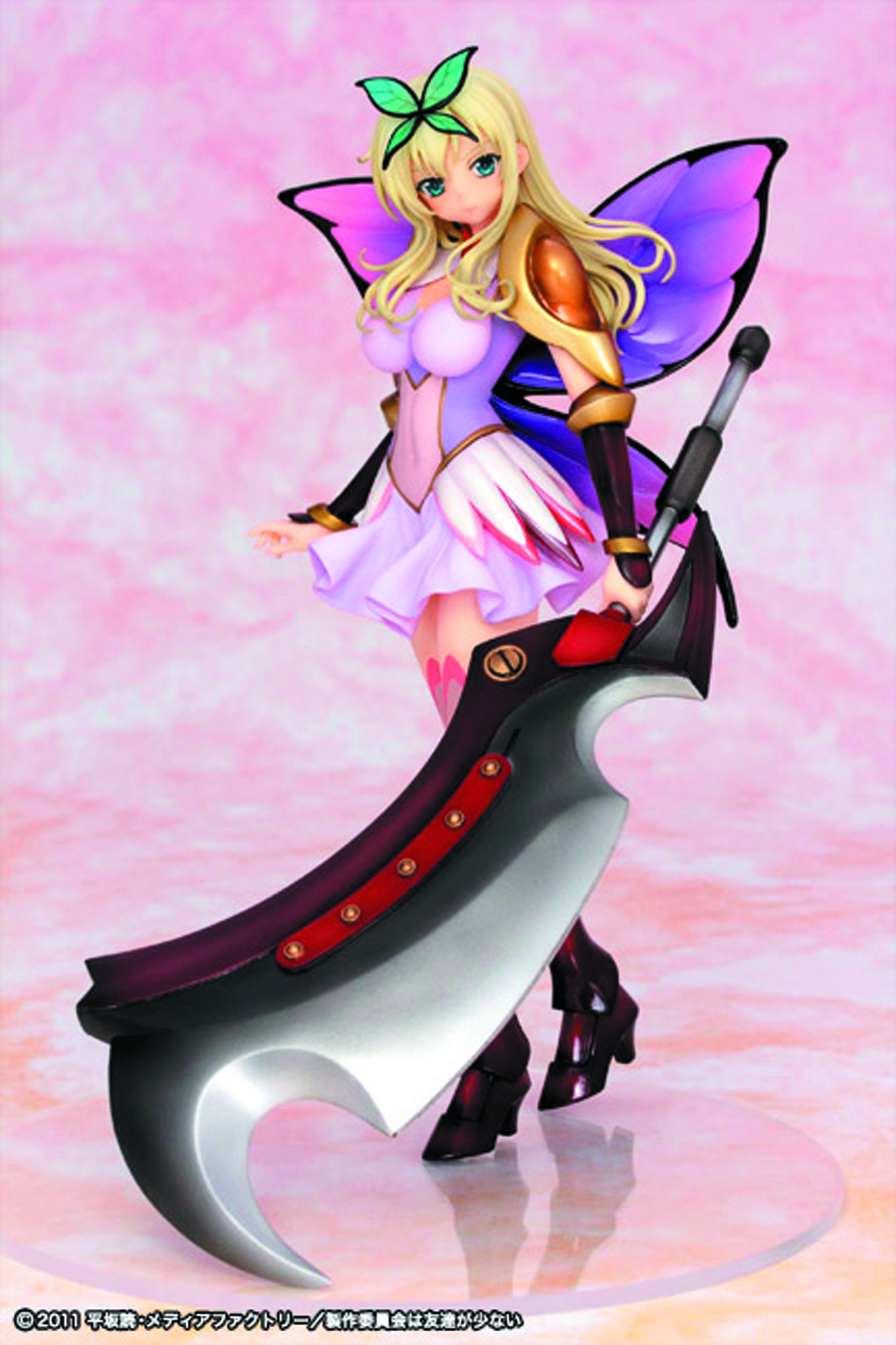 NOV128205
From Griffon Enterprises! A group of friendless students at St. Chronica's Academy form a club of their own, the Neighbor's Club, in the manga and anime series I Have Few Friends. One of the members of the Neighbor's Club is Sena Kashiwazaki, the headmaster's daughter. The I Have Few Friends: Sena "Monster Hunter" PVC Figure depicts Seta wearing armor and wielding a bow as she appeared in an episode of the anime. Standing 7 1/2" tall at 1/8-scale, Sena is ready to be your friend!