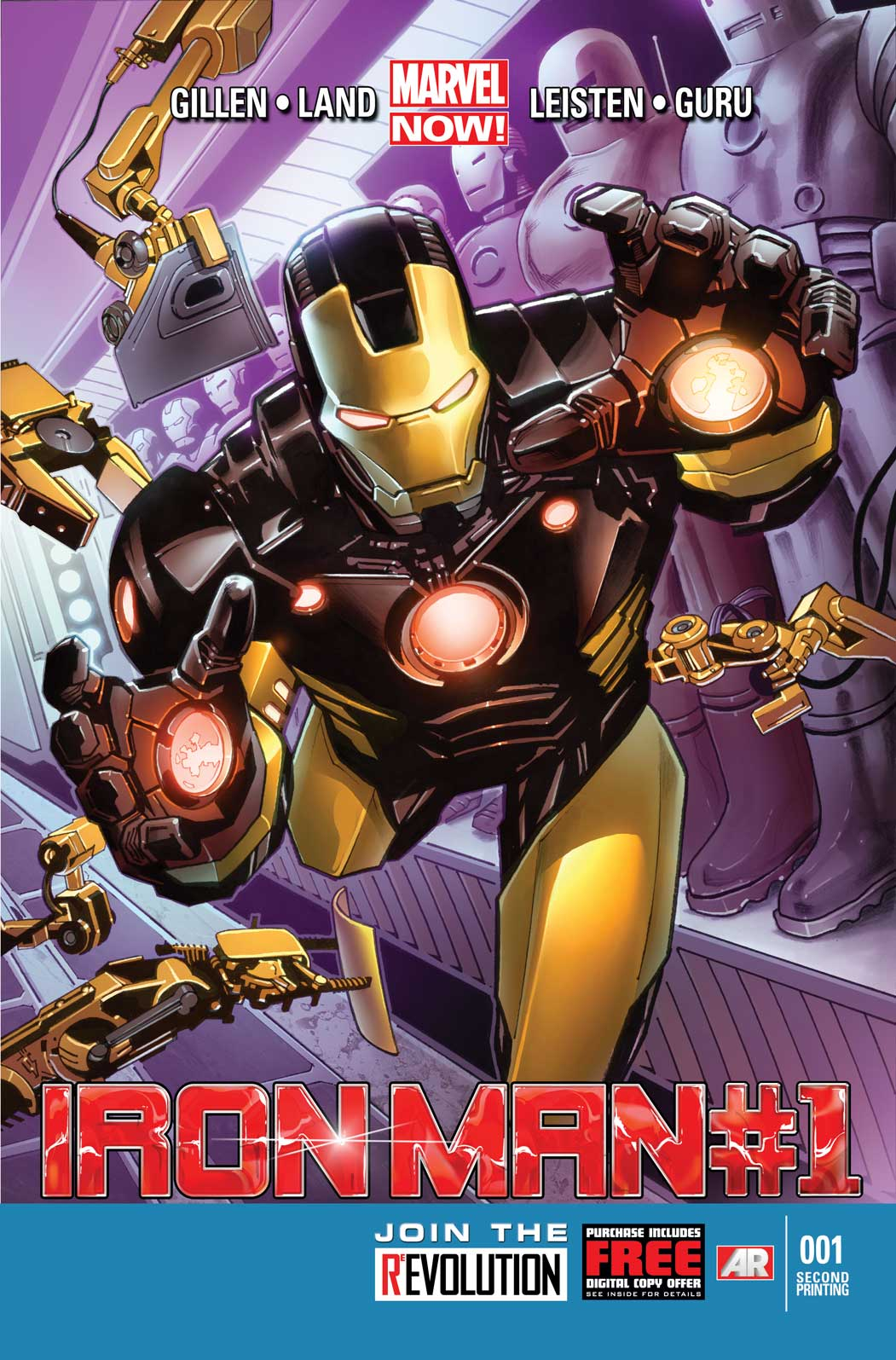 NOV128065
(W) Kieron Gillen (A/CA) Greg Land
From Marvel Comics. Tony Stark -- Iron Man: Technological visionary, wealthy playboy, unparalleled engineer, and armored Avenger. His greatest invention becomes his greatest mistake. Iron Man must act fast ... and Tony Stark must build faster! The lethal techno virus Extremis is out in the wild and out for grabs to the highest bidder! It's up to Tony Stark to contain it and that means creating a new suit of armor ... NOW! Scheduled in stores 01/30/13. (161)