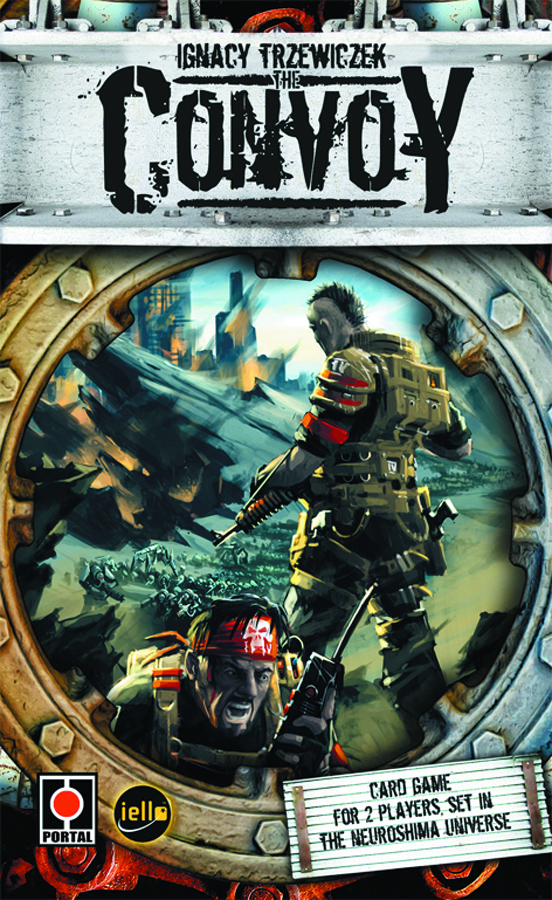 NOV122073
The Convoy is a card game for two players, which is set in a post-apocalyptic world of Neuroshima, a world where humanity struggles with an army of machines. Convoy is an asymmetric game - one player commands the convoy of powerful robots, which are moving towards New York. Its goal is to reach New York and turn it into ashes. The other player commands the Outpost troops. They attack the convoy and try to slow it down. The game requires a hefty dose of combining, bluffing, predicting what cards the opponent may have on his hand, is full of twists and turns.