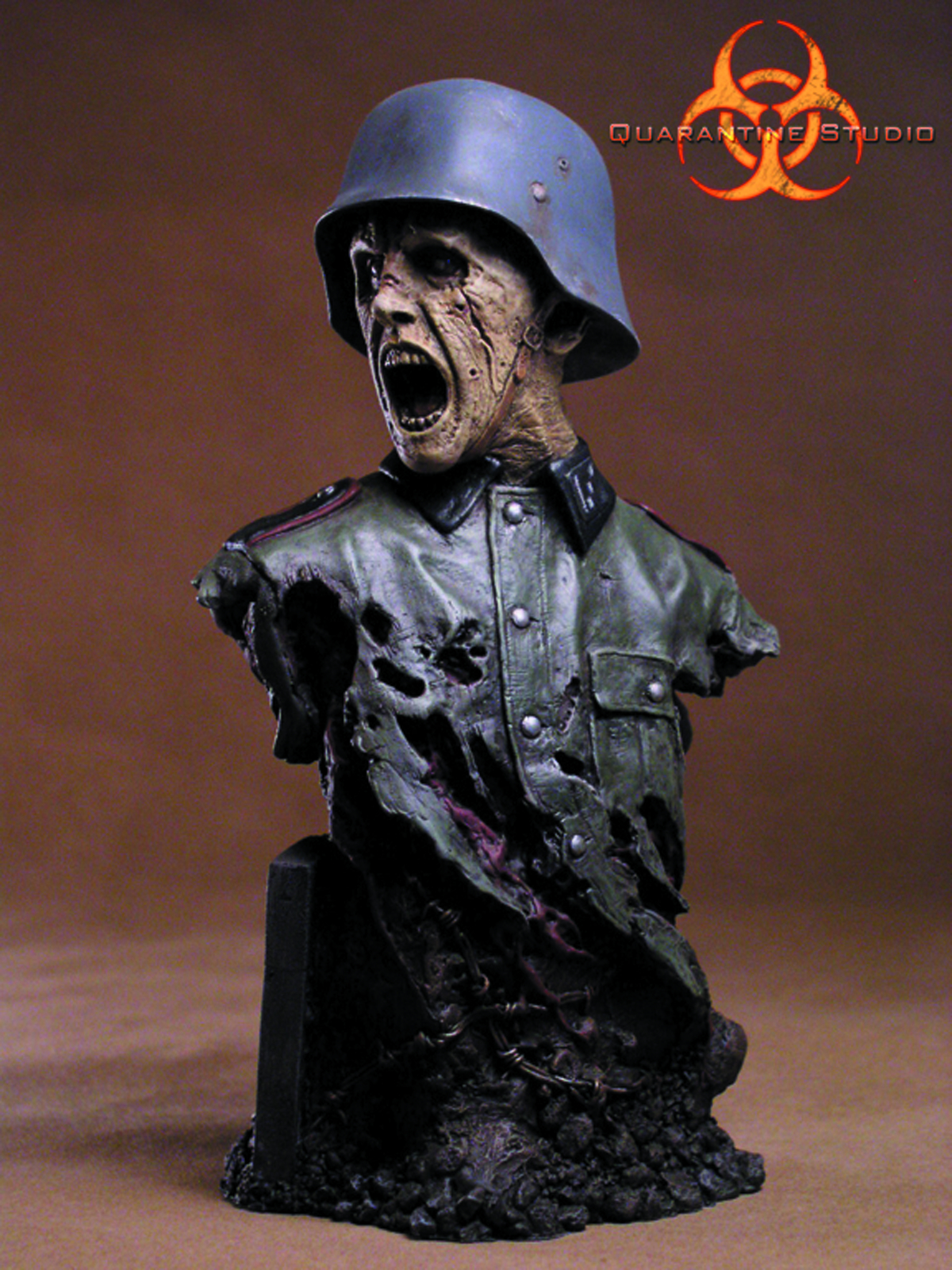 NOV121804
Herr Burkhart's final war cray was cut short by an Allied sniper on the Western Front. He died among his fallen comrades, a final death rattle escaping his gaping mouth as explosions and smoke filled the air. A mysterious series of events more than half a century later have breathed life back into his rotten carcass as the first among a resurrected army soon to unleash Hell upon Earth! Herr Burkhart is the first in a new series of busts from Quarantine Studios' new series, The Dead Reich. These 1/4-scale statues are created in nauseating detail with a hand-painted finish. Stands 8 1/4" tall.
In Shops: Apr 24, 2013
SRP: $99.95