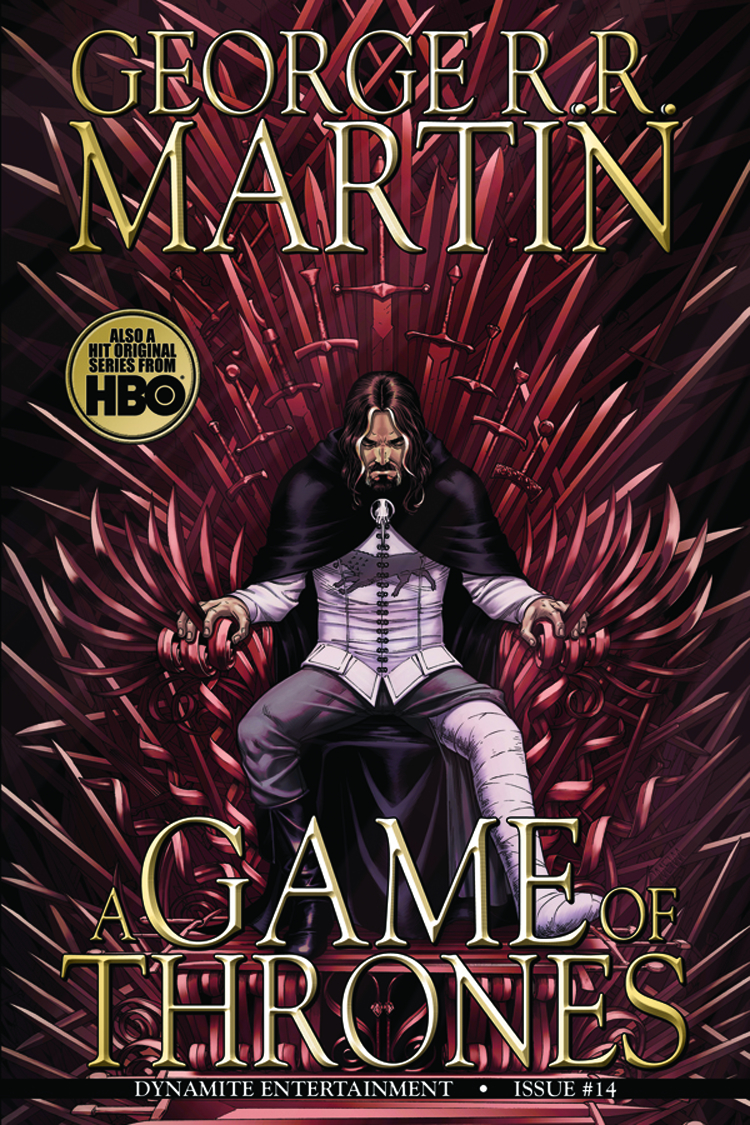 NOV121111
(W) George R. R. Martin, Daniel Abraham (A) Tommy Patterson (CA) Mike S. Miller
Daniel Abraham's riveting adaptation of the fantasy masterwork by George R. R. Martin continues.  When three lords owing allegiance to Riverrun come to King's Landing to complain of Ser Gregor Clegane, it falls to Eddard Stark, in the absence of the king, to pass judgment. He declares the brutish Clegane, a bannerman of House Lannister, guilty of treason and dispatches men to bring him to justice. Knowing that this will increase the enmity of the powerful Lannisters, Eddard decides that he must send his daughters, Sansa and Arya, home to Winterfell. Meanwhile, another Lannister, Tyrion-the Imp-gains savage new allies in his quest for vengeance against Lady Stark. And Eddard, enlightened by the unwitting Arya, moves against Cersei Lannister . . . yet acts with a mercy he may come to regret.
In Shops: May 01, 2013
SRP: $3.99
View All Items In This Series