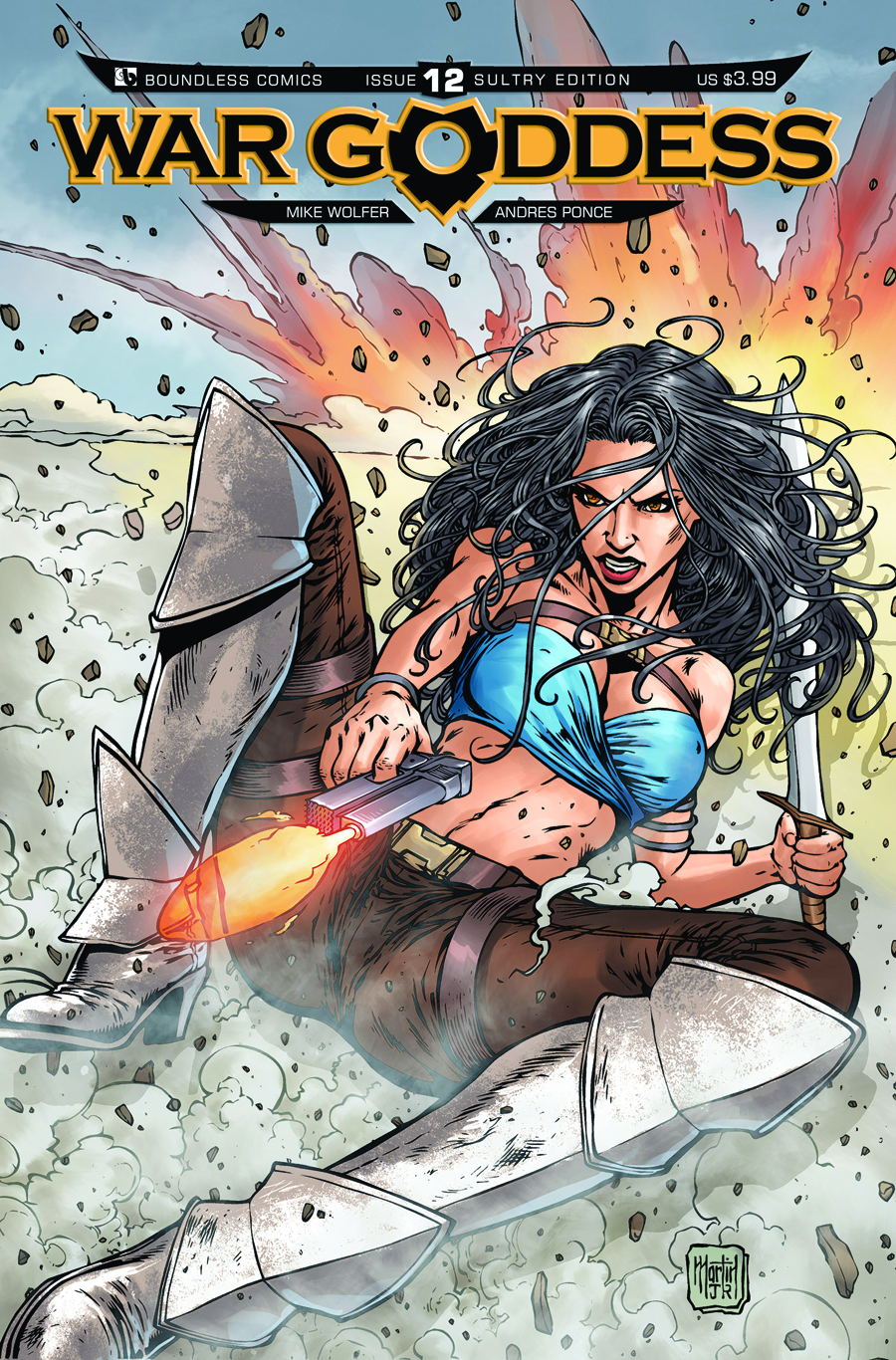 NOV121012
(W) Mike Wolfer (A) Andres Ponce (CA) Matt Martin
The epic final issue! It's a desperate, all-out showdown on the streets of San Francisco between the War Goddess Pandora and the blood-thirsty villainess from the dark matter dimension! Abandoned by the spider-like Widow, the fate of the city- and possibly the world- lies in the hands of the Girl Of Myth, but even with Hellina's help, will her arsenal of ancient, magically-enhanced weapons, and the battle savvy be enough defeat the invader and her army of undead?  Available with a Regular cover by Jason Eden,  Wraparound cover by Pow Rodrix, Sultry cover by Matt Martin, as well as a special Art Nouveau Retailer Order Incentive by painter Michael Dipascale!
In Shops: Jan 23, 2013
SRP: $3.99
View All Items In This Series
ORDER WISH LIST