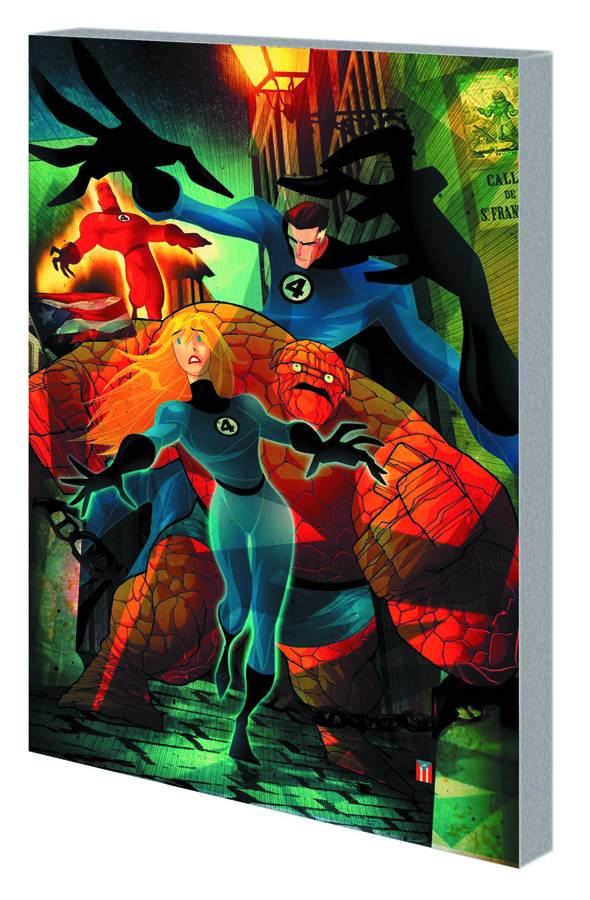 #
NOV120787
(W) Tom Beland (A/CA) Juan Doe
Marvel's First Family investigates a long-kept secret, bringing them to the island of Puerto Rico - face-to-face with an old nemesis and a creature known as el Chupacabra! Then, it's a return trip to the tropics, and the Human Torch is bringing his good buddy Spider-Man! What has turned the island of Vieques' tranquil bay into...a giant radioactive monster?! Plus: There's no such thing as a relaxing vacation. When the monstrous evil genius M.O.D.O.K. hatches a plan involving genetically enhanced monkeys, our heroes will be up to their ears in it! Guest-starring Dragon Man and the mysterious figure known only as...El Vejigante! Collecting FANTASTIC FOUR: ISLA DE LA MUERTE!, SPIDER-MAN & THE HUMAN TORCH IN...BAHIA DE LOS MUERTOS! and FANTASTIC FOUR IN ATAQUE DEL M.O.D.O.K.!
In Shops: Feb 13, 2013
SRP: $16.99
ORDER WISH LIST