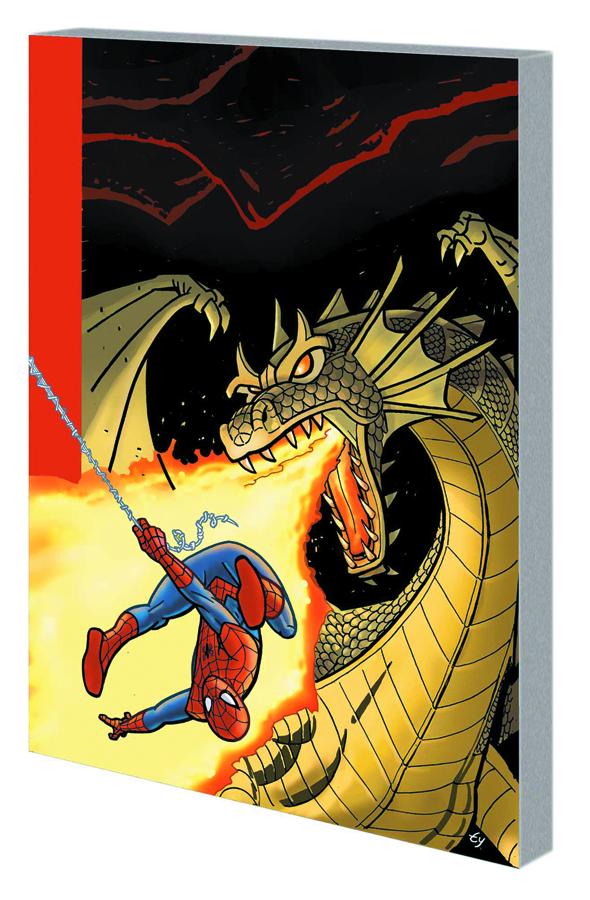 NOV120783
(W) Various (A) Various (CA) Ty Templeton
Take the Ultimate Spin as the Hit DisneyXD show swings out of your TV and into your hands! By day, he's Peter Parker, mild-mannered high-school student. But by night, he's the Ultimate in super heroics: Spider-Man!
•  See Spidey take on a parade of fiendish foes - including the Trapster, the Wrecker, the Big Wheel and...a dragon!?
•  Spider-Man becomes the most hated hero in NYC until one fantastic save shows him who his true fans are!
•  When Halloween goes haywire, can Spidey stop the costumed chaos - and save Peter Parker's greatest enemy from being held hostage in a hostile high school haunting?
•  Spider-Man is outmatched when he takes on a new team of seasoned villains!
From the minds behind the hit TV show! Collecting MARVEL UNIVERSE ULTIMATE SPIDER-MAN #5-8.
In Shops: Feb 13, 2013
SRP: $9.99
View All Items In This Series
ORDER WISH LIST