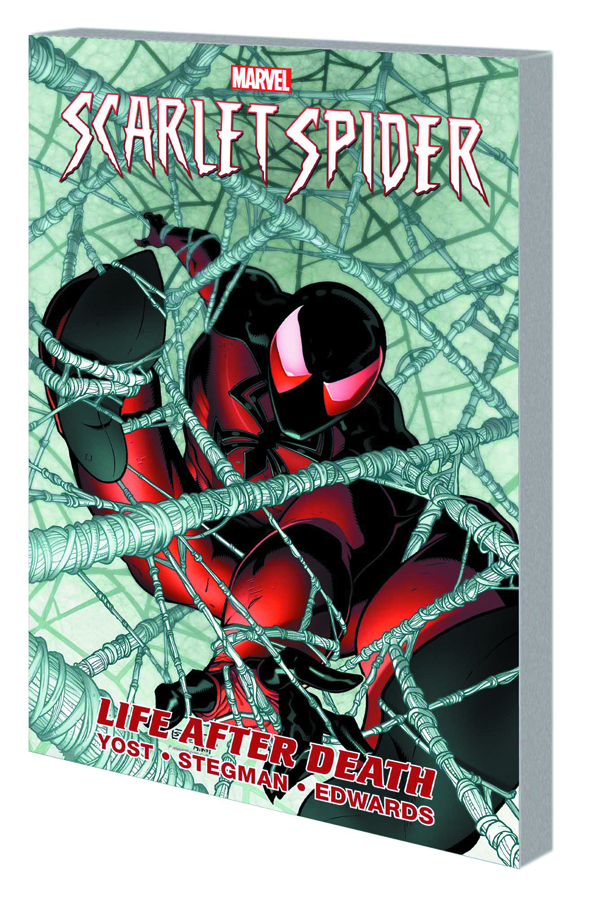 NOV120776
(W) Christopher Yost (A) Neil Edwards (A/CA) Ryan Stegman
A science experiment gone terribly wrong, a killer searching for atonement, a fugitive on the run, a vigilante delivering extreme justice...a Spider-Man?! When Peter Parker's imperfect clone, former super villain Kaine, attempts to start his life over, he relocates to Houston - and promptly stumbles upon an international human-trafficking ring! But lacking the moral fiber and heroic constitution of his genetic twin, Kaine must decide between action and apathy - and define his own brand of justice in the process as the Scarlet Spider! And finding himself on the wrong side of the merciless Assassins' Guild, will the new Scarlet Spider fight to protect the citizens of Houston - or just leave his adoptive city to fend for itself? Collecting SCARLET SPIDER (2012) #1-6 and material from POINT ONE #1.
In Shops: Feb 13, 2013
SRP: $16.99
View All Items In This Series
ORDER WISH LIST