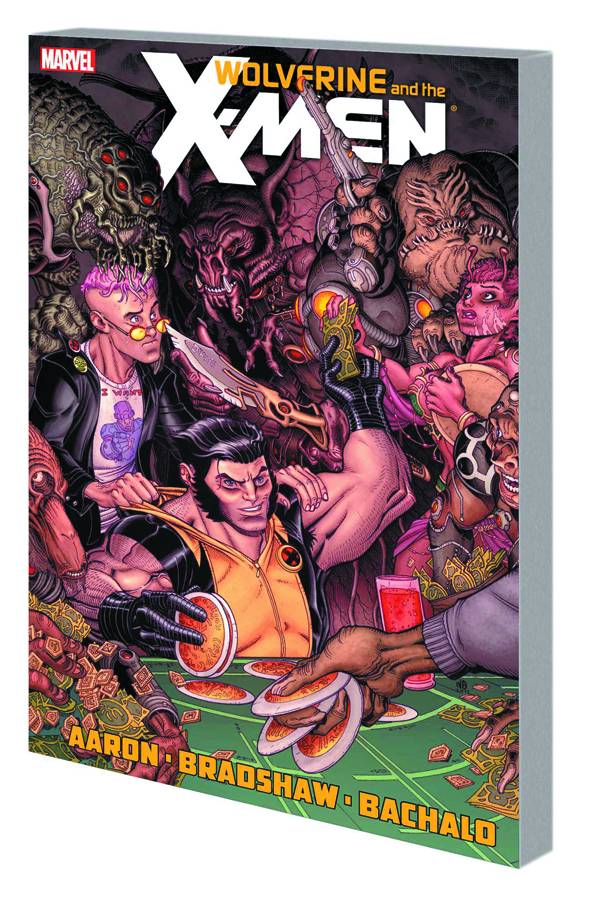 #
NOV120773
(W) Jason Aaron (A) Chris Bachalo (A/CA) Nick Bradshaw
After surviving the new Hellfire Club's opening salvo, Wolverine and the X-Men face a crisis of a different kind: funding for the Jean Grey School for Higher Learning. Wolverine's only option to keep the school open is a trip across the universe to bet everything at an intergalactic casino. Meanwhile, Kitty Pryde's pregnant - but has no idea how it happened. And a Brood-hunting monster has come from space to take out his target at the Jean Grey School, and he'll kill anyone who gets in his way - which is just about everyone on the Logan-less campus. Plus: the new Hellfire Club wants another shot at destroying everything Wolverine has ever loved - and they've hired Sabretooth to make that a reality! Collecting WOLVERINE & THE X-MEN #5-8.
In Shops: Feb 20, 2013
SRP: $16.99
View All Items In This Series
ORDER WISH LIST