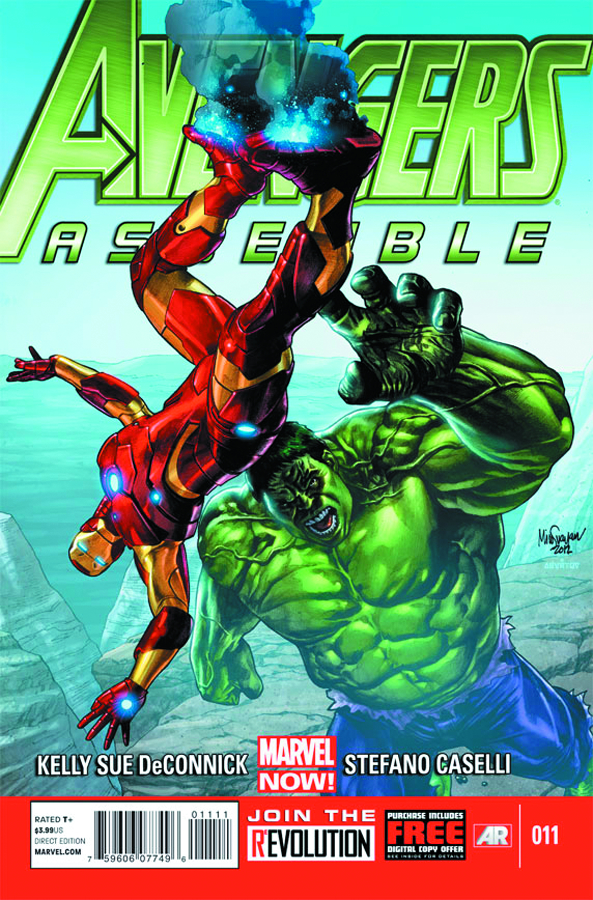 NOV120700
(W) Kelly Sue DeConnick (A) Stefano Caselli (CA) Mico Suayan
• Spider-Woman is totally safe locked in that box with the parasite-infested Hulk... right?
•  Remember that time Tony Stark said he hated trust falls? You knew that was going to come back. C'mon.
•  ::whistles:: Hanging coffins of the Bo ::whistles::
•  Yun Guang Han's done it--he's infected his Order of the Dragon initiates with next-step evolutionary bacteria and built himself a super-creepy (and kind of gross) army... WITH WHICH TO CONQUER THE WORLD.
•  Mwah ha ha etc.
In Shops: Jan 16, 2013
SRP: $3.99
View All Items In This Series