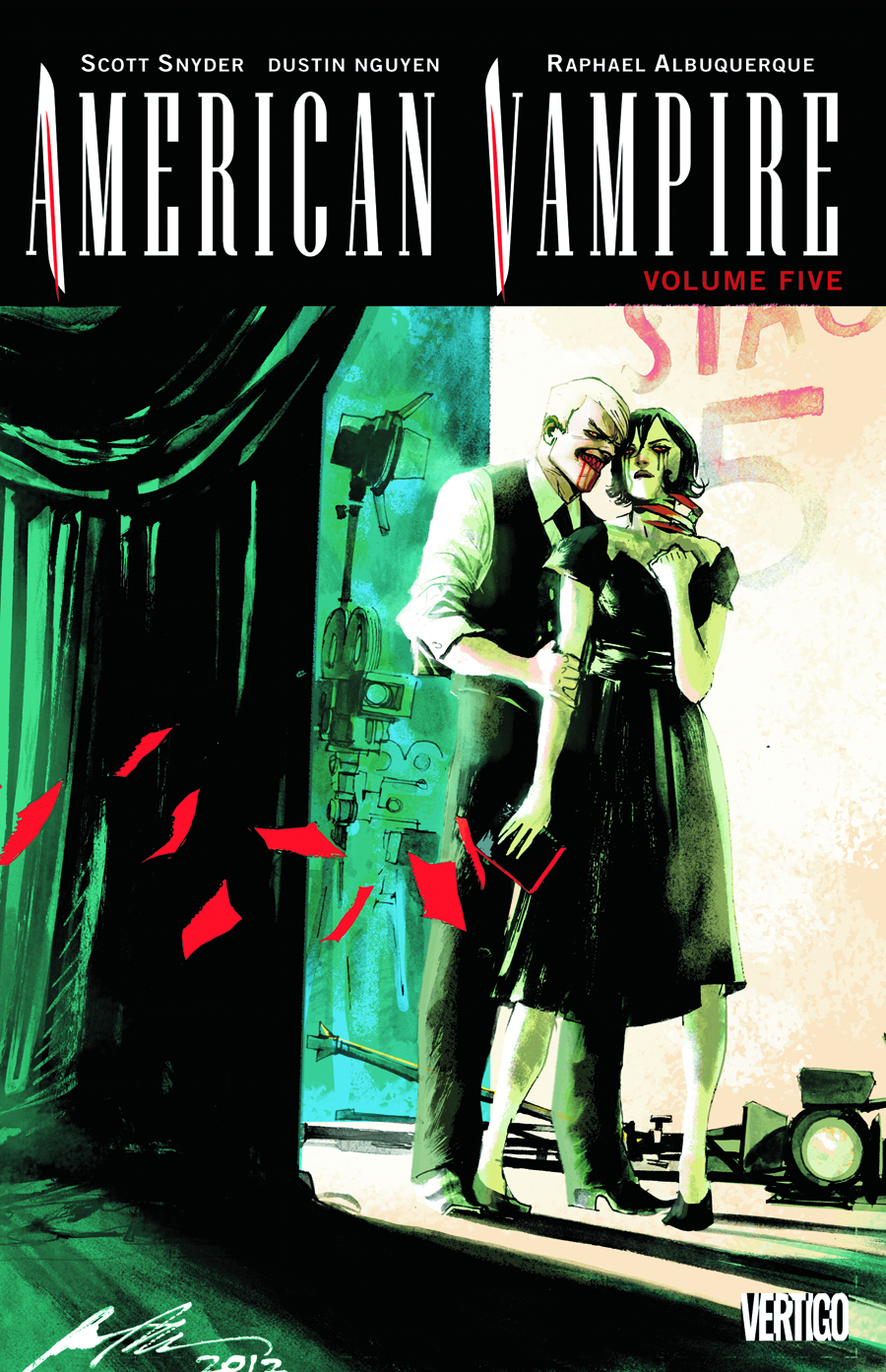 NOV120298
(W) Scott Snyder (A) Dustin Nguyen (A/CA) Rafael Albuquerque
In this new AMERICAN VAMPIRE collection, Skinner Sweet, Pearl and company return to Hollywood in the '50s during the Red Scare. In a time when America was on the lookout for the next Communist threat, was the real danger far more insidious? Plus: Retired vampire hunter Felicia Book gets called back into action to kill the most powerful vampire of all time. Collecting #28-34 of the monthly series, plus the 5-issue miniseries AMERICAN VAMPIRE: LORD OF NIGHTMARES.
In Shops: Mar 27, 2013
SRP: $29.99
View All Items In This Series
ORDER WISH LIST