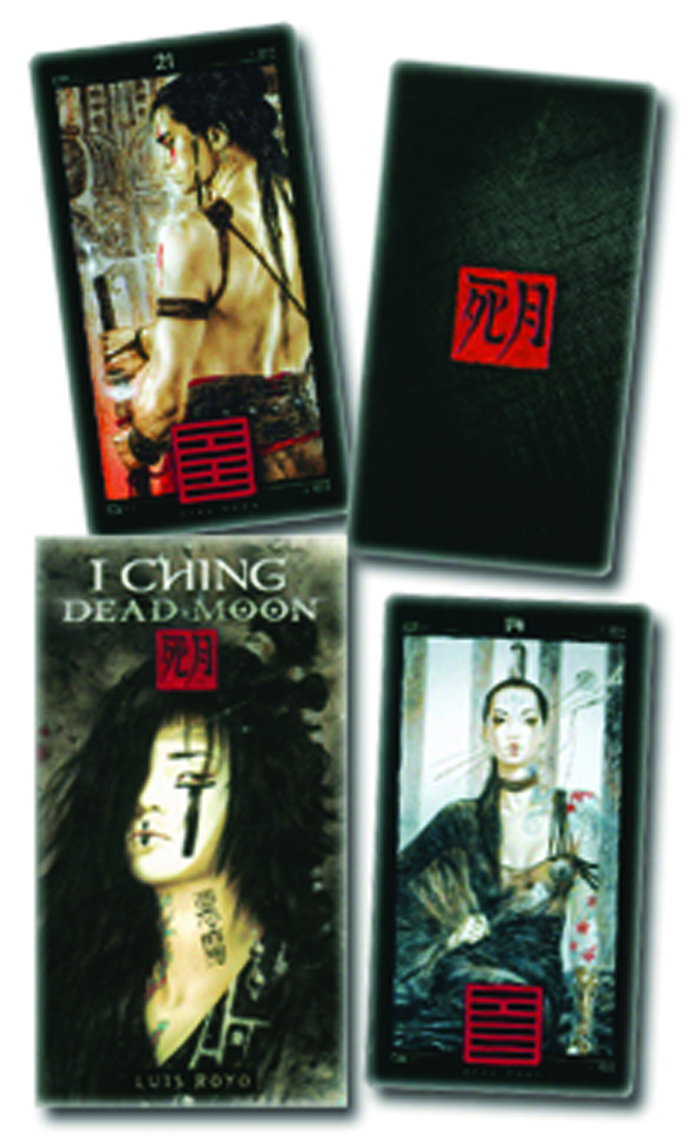 NOV111795
(A) Luis Royo
The I Ching: Dead Moon Deck is a spectacular showcase of Luis Royo's achingly gorgeous artwork. Taking a modern, gothic approach to the 3,000-year-old oracle, the world famous Spanish illustrator dazzles us with his own unique spin on the ancient I Ching - and captures its divinatory power like no other. Along with striking, Asian-influenced imagery, each of the sixty-four cards features an I Ching hexagram.