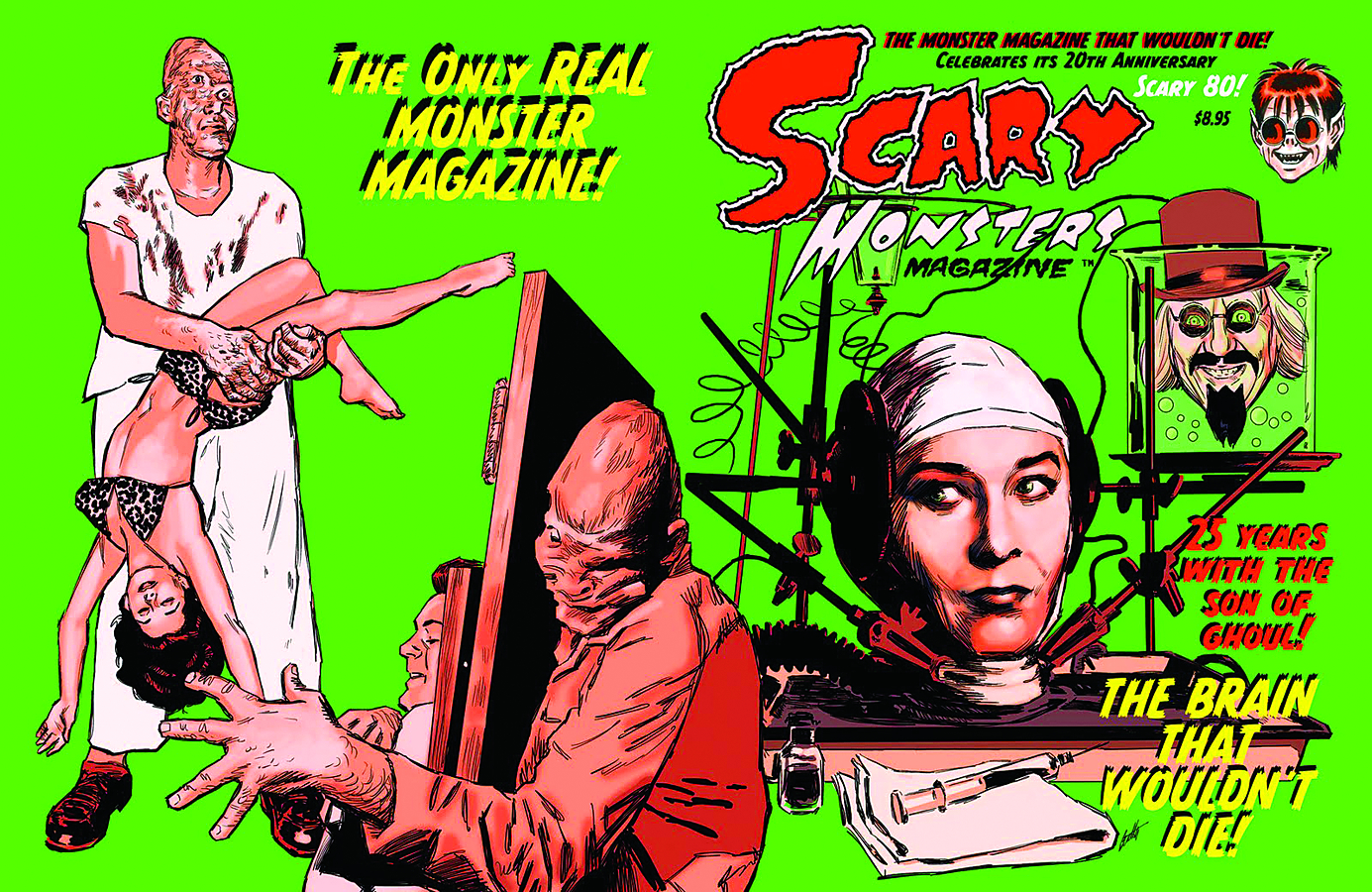 NOV111223
(CA) Terry Beaty
The Monster Magazine That Wouldn't Die enters its 21st year of publication with continued coverage of The Brain That Wouldn't Die! Lucky Brown not only remembers Brain star Rex Carlton, but also The Horror Icons of Hollywood's Heyday in a huge article. A Lost World Drive-In Classic: Edgar Rice Burroughs' The Land That Time Forgot will also be revisited and Bert I. Gordon's The Magic Sword (1962) will be unsheathed. Plus: Coverage of the 2011 Vampires Over the Monster Bash 2011 and MonsterPalooza 2011 horror conventions; "Brains, Craniums, and Heads, Oh My!"; "Big Scary Sets!"; "Big Scares For Little Kids"; and much more, including all of our regular features!