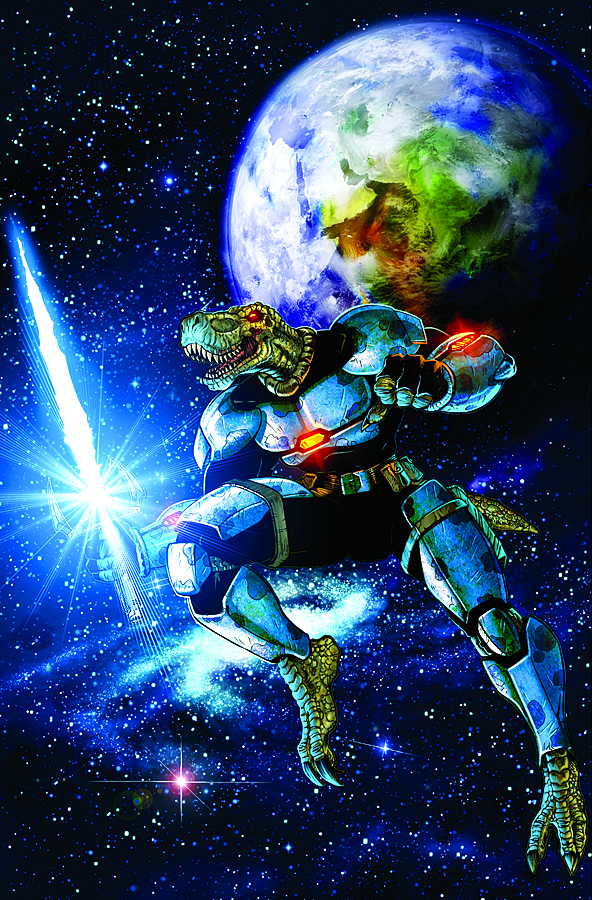 After escaping from 160 Million years on ice the evil alien Zalex and his mutated reptilians are ready to resume their conquest of the galaxy. But first they are going to start with a little planet called Earth. An Antarctic nuclear sub base proves to be no obstacle in their conquest of Earth...no problem until Dino StrikeForce shows up to throw a wrench in Zalex's plan! You can't afford to miss this battle that's been 160 million years in the making!