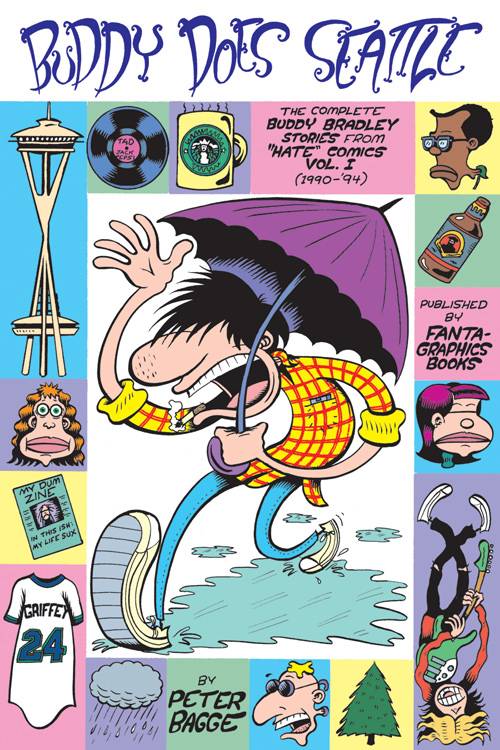 NOV111001
(W) Peter Bagge (A/CA) Peter Bagge
These legendary stories, from the classic first fifteen issues of Bagge's Hate comic, are a defining icon of Seattle's early 1990s culture (the Seattle Weekly has written, "20 years from now, when people wonder what it was like to be young in 1990s Seattle, the only record we'll have is Hate."), as well as Generation X in general (as seen in such films as Kids and Pecker). This is the first time these hilarious stories, starring the hapless Buddy Bradley and his cast of loser cohorts, have ever been available under one cover, and never have they been available at such a low price (it would have cost at least three times as much to read all of these classic stories in any previous editions). Bagge's riotous tales of the early 1990s subculture are more hilarious now than ever, find out why he has been praised by R. Crumb, Matt Groening, John Kricfalusi, Publishers Weekly, Entertainment Weekly and many more. Comedy genius.
In Shops: Feb 15, 2012
SRP: $19.99