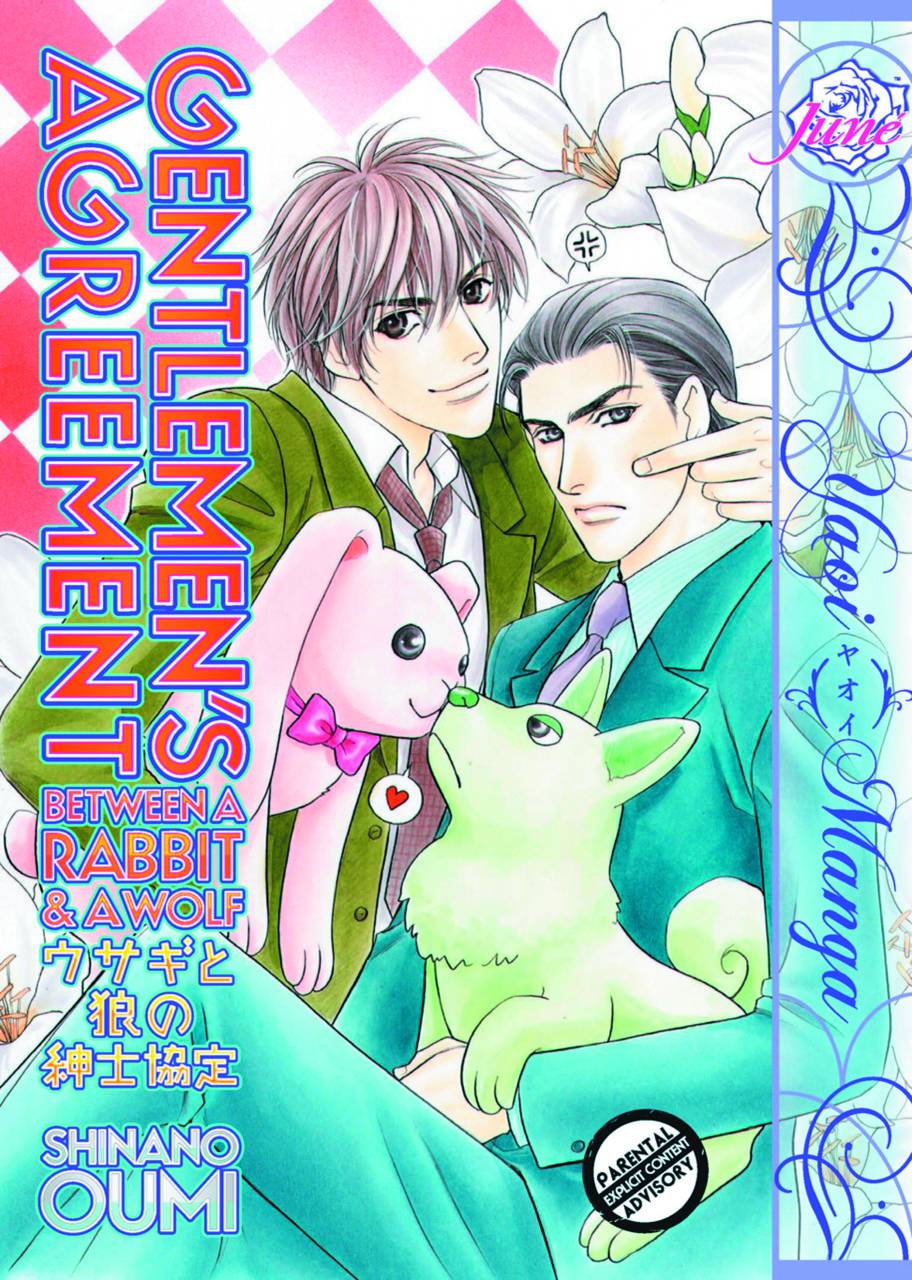 NOV110962
(W) Shinano Oumi (A/CA) Shinano Oumi
It's all in a name - USAGIKAWA, the rabbit. KAIOOKAMI, the wolf. They are both in a creative and promotional department of a toy manufacturing company. Were they destined to fight? Every time they see each other, they fight like cats and dogs! They've been told to put all of their differences aside and work together by their boss. One day, as a special promotional campaign, they were assigned to go out on a street wearing animal suits. Huffin' and puffin', whining and complaining - they head to the locker room to change into their suits... but there, as the wolf watches the rabbit change, he somehow finds him charming and attractive. Can the wolf suppress his desire and appetite...? Shinano Oumi delivers a perfect romance comedy in this one shot!