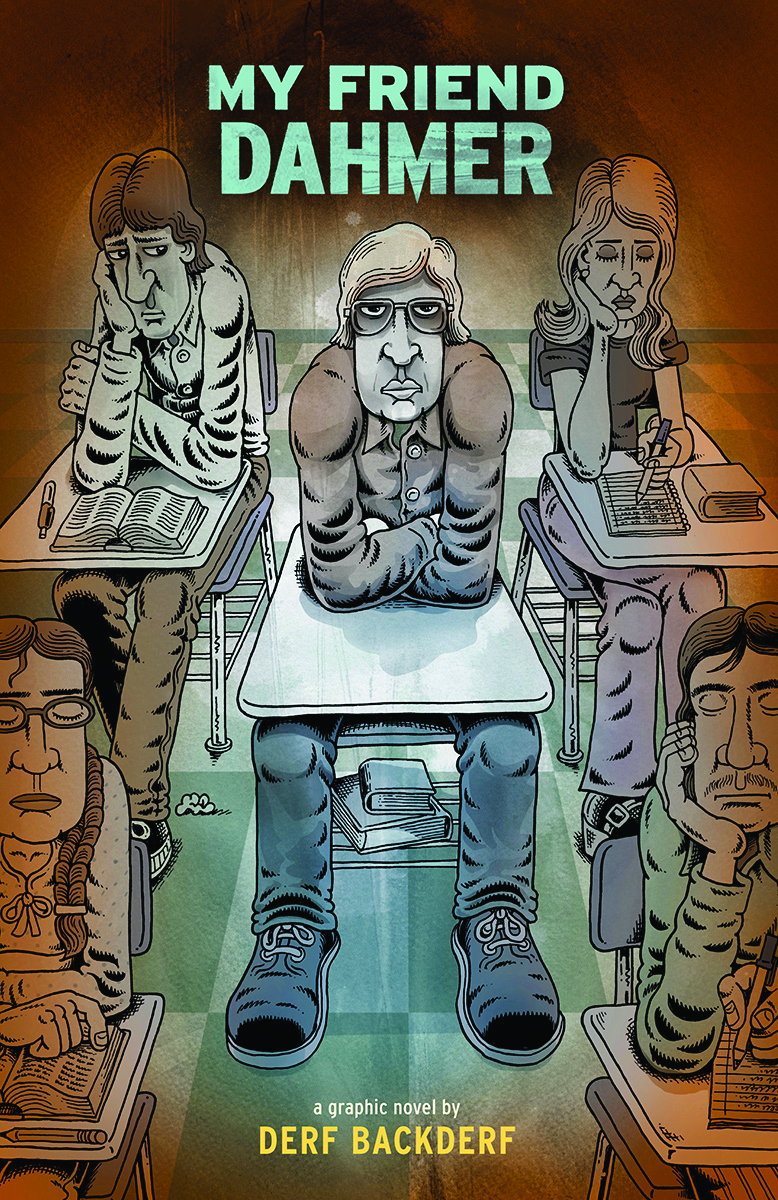 You only think you know this story.

We all have that one friend we grew up with--the strange kid, the class freak, the one whose antics
amused and entertained, maybe even alarmed us--the kid who sticks in our heads even with the passing of the years. That friend is invariably left behind when we become adults, faded into memory and filed away with our yearbooks and other teenage mementos. But every now and then we might wonder whatever happened to that person. For one cartoonist who grew up in the small town of Richfield, Ohio, that question was answered without warning by every media outlet in the world.

My Friend Dahmer is the hauntingly original graphic novel by Derf Backderf, the award-winning political cartoonist and comix creator. In these pages, Backderf tries to make sense of Jeffrey Dahmer, the future serial killer with whom he shared classrooms, hallways, cafeterias, libraries, and car rides. What emerges is a surprisingly sympathetic portrait of a young man struggling helplessly against the ghastly urges bubbling up from the deep recesses of his psyche. The Dahmer recounted here, universally regarded as an inhuman monster, is a lonely oddball who, in reality, is all too human. A shy kid sucked inexorbably into madness while the adults in his life fail him.

We all know what Dahmer did, but in My Friend Dahmer Derf provides profound (and at times, even strangely comic) insight into how, and more important, why Jeffrey Dahmer transformed from a high school nerd into the most depraved serial killer since Jack the Ripper--coming as close as anyone yet has to explaining the seemingly unexplainable phenomenon of one Jeffrey Dahmer, Revere High, Class of 1978.